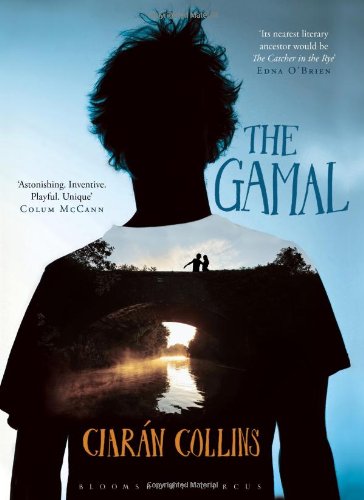 Charlie has a story to tell, about his best friends Sinéad and James and the bad things that happened. But he can’t tell it yet, at least not till he’s worked out where the beginning is.

Because is the beginning long ago when Sinéad first spoke up for him after Charlie got in trouble at school for the millionth time? Or was it later, when Sinéad and James followed the music and found each other? Or was it later still on that terrible night when something unspeakable happened after closing time and someone chose to turn a blind eye?

Charlie has promised Dr Quinn he’ll write 1,000 words a day, but it’s hard to know which words to write. And which secrets to tell . . .

This is the story of the dark heart of an Irish village, of how daring to be different can be dangerous and how there is nothing a person will not do for love.

Exhilarating, bitingly funny and unforgettably poignant, this is a story like no other. This is the story of the Gamal.