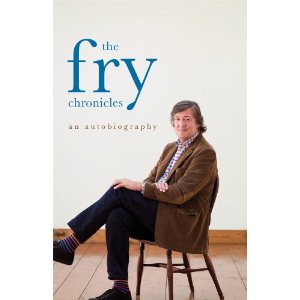 Stephen Fry has starred in films, on television, stage and radio. He has presented and directed, he has lectured and made documentaries on depression and AIDS, he has been to prison. He has written four novels, together with books on poetry, America and natural history – all of them bestsellers in the UK and many in other countries.

Thirteen years ago he published Moab is My Washpot, a memoir of his childhood  which ended in a three-month stay at Pucklechurch Prison. The Fry Chronicles takes up the story with his arrival at Cambridge University, where he meets Hugh Laurie and Emma Thompson, and tells the story of the turbulent early years of his career. It is also a fascinating cultural history of the 1980s.

This dazzling memoir is a courageously frank, honest and poignant read. It will excite you, make you laugh uproariously, move you, inform you and, above all, surprise you.