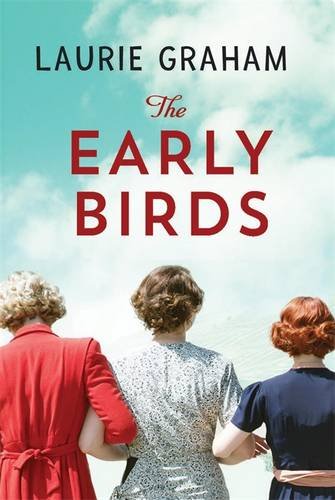 Picking up ten years after The Future Homemakers of America left off, The Early Birds follows Peggy, Kath, Gayle, Lois and Audrey through the turn of the twenty-first century. The women are now in their seventies and time is rendering its Accounts Payable: arthritis, cataracts, forgetfulness and departures.

From the dawn of the new millennium – at which the anti-Christ unaccountably fails to appear, despite evangelist Gayle’s predictions – Peggy soldiers on through new upheavals, including her ex-husband Vern’s Alzheimer’s diagnosis, and the death of one of her live-in friends. Then, on a clear blue day in September 2001, the US Air Force scrambles too late to save America from four hostile attacks, and for the first time Peggy wonders if being a USAF wife – the constant worry about your husband, the faraway postings in Alaska, Norfolk, Siberia, the lack of control over your own life – was worth it.

‘You’re getting very negative in your old age, Peggy Dewey,’ says Lois. ‘Sure it was worthwhile. Leastways we’re not speaking Russky. And besides, we had some fun. Didn’t we have some fun?’