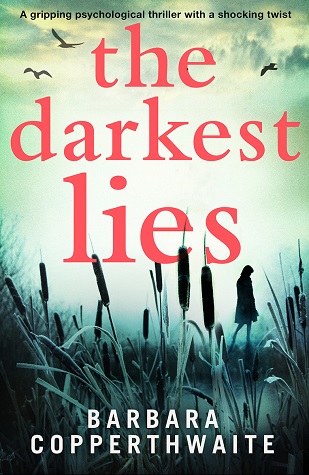 A grieving mother turned detective, trying to uncover secrets that put her daughter into a coma, is manipulated by a friend who’s really a child killer. But she has the biggest secret of all – and the cat and mouse game will be the death of her murderous friend.

Normally studious, sensible BETH, 13, sneaks out for a night. She is discovered the following morning on Fenmere marsh, Lincolnshire, with a serious head injury that leaves her in a coma.
Plagued with guilt, Beth’s mother, MELANIE tries to uncover her daughter’s secrets and find the attacker. She is helped by GLENN, a childhood friend recently returned to Fenmere.
But the village is full of secrets. Everyone is a suspect, and Melanie accuses them all.
A series of flashbacks from Beth’s point of view reveal she and her best friend CHLOE attended a secret illegal rave in an abandoned building on the marsh. The local shopkeeper and the village’s drug-dealer had organised it. Chloe and Beth argued, and Chloe lashed out with a fallen branch.
Melanie and Glenn discover the truth; Glenn writing down the clues in his pink notebook.
After Chloe’s arrest, Beth dies. Mad with grief, Melanie reads a newspaper article about the murder of a girl in Glenn’s former hometown. The girl always wrote in a notebook identical to Glenn’s – and drew the same doodle every time; one Melanie has seen in Glenn’s book. She checks his mobile and discovers he has been contacting a local child; his next victim.
At the same time, Melanie discovers she is pregnant. The loss of her daughter, betrayal by people she has known all her life, the urge to make the world safer for her unborn child, and the truth about Glenn push her over the edge. Set on vengeance, she lures Glenn onto the marsh, and leaves him trapped in a hidden creek, knowing he will drown.