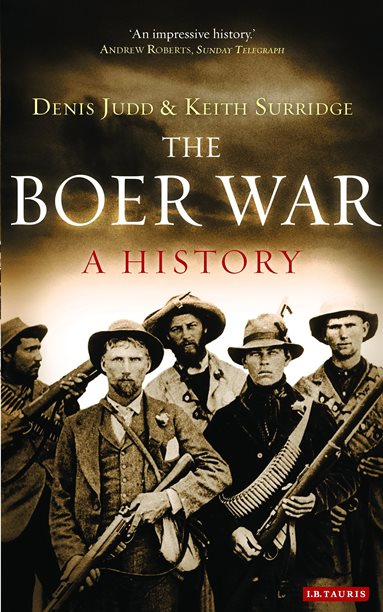 The Boer War was an epic of heroism and bungling, cunning and barbarism. It had an extraordinary cast of characters – not only leading men like Churchill, Kruger, Rhodes and Kitchener, but minor characters from Conan Doyle and Kipling to Gandhi, Chief Dinizulu and Hector ‘Fighting Mac’ MacDonald.

The war revealed the ineptitude of the British military, and unexpectedly exposed the corrupt underside of imperialism – in for instance the shooting of Boer prisoners of war by ‘Breaker’ Morant, and the embezzlement of military supplies by British officers. It is also claimed that Baden-Powell let Africans starve during the Siege of Mafeking, and it is likely that Colonial Secretary Joseph Chamberlain profited from arms sales in a war many believe he himself had plotted.

This book presents a fresh view of the war and debunks several myths. There was not, for instance, a straightforward divide between Boers and the British – many Boers fought on the British side, and many British were strongly pro-Boer, denouncing their own side’s ‘methods of barbarism’. In fact, in the history of the two communitites, the war was an uncharacteristic collision of interests, though it led to long-standing resentments. The overriding aim of both was to maintain European supremacy and to keep Africans and Indians in their place. The sensitivity the British displayed to the Afrikaner volk in the peace treaty is evidence of this. So in fact is the continued division of power and spoils that lasted until the end of the Apartheid era.