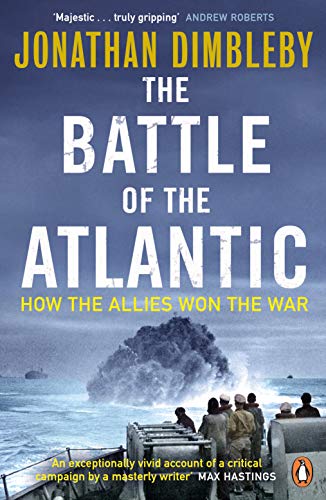 The Battle of the Atlantic: How the Allies Won the War

Through fascinating contemporary diaries and letters, from the leaders and from the sailors on all sides, Jonathan Dimbleby creates a thrilling narrative that uniquely places the campaign in the context of the entire Second World War. Challenging conventional wisdom on the use of intelligence and on Churchill’s bombing campaign, The Battle of the Atlantic tells the epic story of the decisions that led to victory, and the horror and humanity of life on those perilous seas.