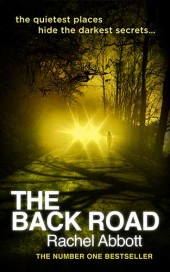 One girl is fighting for her life in hospital… One village is struggling to hold tight to its secrets.

When a young girl is knocked over and left for dead at the side of the road, the small community of Little Melham goes into shock. Why was Abbie out so late at night, and why wasn’t she missed?

For Ellie Saunders, the truth about that night could put her marriage and even the safety of her children in jeopardy. She has to protect her family, no matter what the consequences.

Former DCI Tom Douglas thought that Little Melham would offer a peaceful retreat from the daily trauma of his work for the Met. But as he is drawn into the web of deceit, his every instinct tells him that what happened to Abbie was more than a tragic accident…

Only one person knows the whole story – why Abbie was out that night, and who was driving the car. For that person, the accident spells disaster, and somebody has to pay.