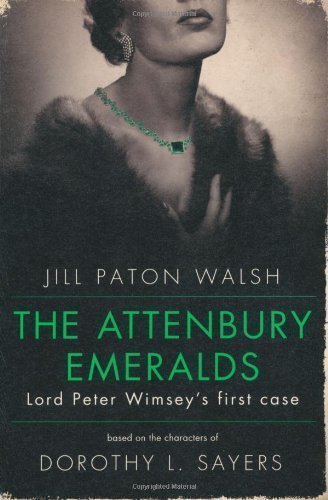 It was 1921 when Lord Peter Wimsey first encountered the Attenbury emeralds. The recovery of the magnificent gem in Lord Attenbury’s most dazzling heirloom made headlines – and launched a shell-shocked young aristocrat on his career as a detective.

Now it is 1951: a happily married Lord Peter has just shared the secrets of that mystery with his wife, the detective novelist Harriet Vane. Then the new young Lord Attenbury – grandson of Lord Peter’s first client – seeks his help again, this time to prove who owns the gigantic emerald that Wimsey last saw in 1921.

Since the publication of A Presumption of Death, which was set in 1941 in the wartime English countryside, readers have been eagerly asking for this story – a wholly original and utterly engrossing new detective adventure.