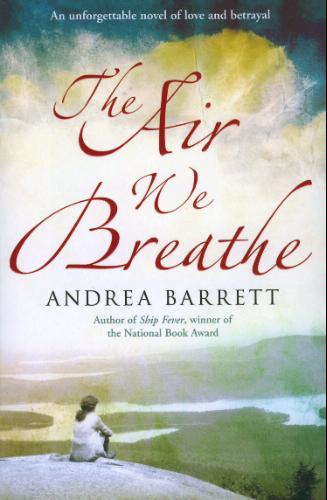 The Air We Breathe

One enterprising patient initiates a weekly discussion group, but his well-meaning efforts lead instead to tragedy and betrayal. The war comes home, bringing with it a surge of anti-immigrant prejudice and vigilante sentiment. Andrea Barrett pits power and privilege against unrest and thwarted desire in a spellbinding tale of individual lives in a nation on the verge of extraordinary change.

Praise for The Air We Breathe:

‘Andrea Barrett is in a class by herself. A near-perfect equipoise between smooth storytelling and the suggestion of larger truths.’ Newsday

‘Few writers have mastered the historical novel as [Barrett] has… Her re-creation of time and place remains glittering.’ The Times

‘This is a meticulously researched novel, and provides an edifying glimpse into an odd, static world during a period when the world outside was anything but static… ‘ Daily Telegraph