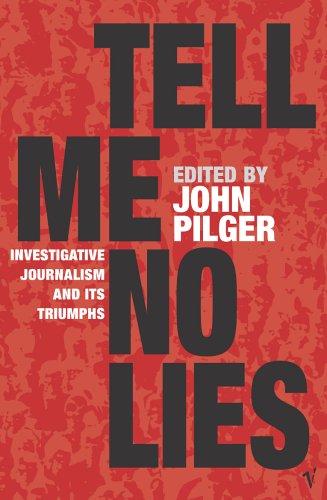 Tell Me No Lies

Over the last few decades, ‘investigative journalism’ has come to mean a kind of reporting that reveals the truth behind the facade and exposes the underlying agendas of those in power.

For the last thirty years nobody has been better known for revealing those ‘hidden agendas’ than John Pilger.

In this anthology – the first of its kind to be published in the UK – he has selected 35 articles and extracts from books that have broken the official silence and exposed injustice and misuse of power, ranging from 1945 to the present.

With topics ranging from Vietnam and Cambodia to East Timor and Palestine, many of the pieces ‘revisit’ the locations of John Pilger’s own reporting of the last thirty years.