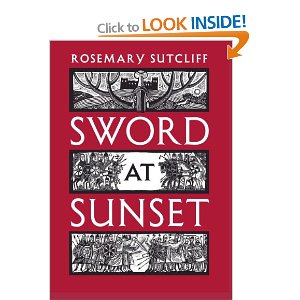 For fourteen centuries the story of Arthur was a legend, misted over by the tradition of romantic hero-tales. But Arthur was real – a man of towering strength, a dreamer and a warrior who actually lived, fought and died for his impossible dream. In Sutcliff’s now legendary retelling, King Arthur is brought passionately to life.
This brilliant reconception of the Arthurian epic cuts through the familiar myths and tells the story of the real King Arthur: Artos the Bear, the mighty warrior-king who saved the last lights of Western civilization when the barbarian darkness descended in the fifth century. Artos here comes alive: bold and forceful in battle, warm and generous in friendship, tough in politics, shrewd in the strategy of war – and tender and tragically tormented in love. Out of the braiding of ancient legend, fresh research, soaring imagination and hypnotic narrative skill comes a novel that has richly earned its reputation as a classic.
“Her narrative amazes in the sheer vigour of its visualisation and its sure sense of purpose” – Independent