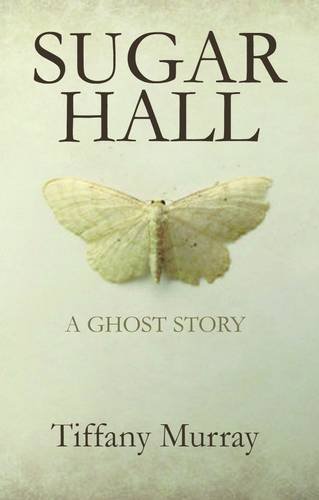 It’s Easter 1955, as Lilia scrapes the ice from the inside of the windows, and the rust from the locks she knows there are pasts that lurk with the moths in the folds of the drapes at Sugar Hall that she cannot reach. Mouldering in the English border countryside the red gardens of Sugar Hall hold a secret, and as Britain waits for its last hanging, Lilia and her children must confront a history that has been buried but not forgotten. Based on the stories of the Black Boy that surround Littledean Hall in the Forest of Dean, this is a superbly chilling ghost story from Tiffany Murray.

‘Tiffany Murray isn’t quite like anyone else writing today. She’s a mad geneticist of a writer, specialising in taking narrative elements we think we know and splicing them with the unexpected, giving us Emily Bronte the rock chick (Diamond Star Halo) or Stella Gibbons with a louchely 70s drug habit (Happy Accidents). In Sugar Hall she cross fertilises familiar Eng Lit territory – the old dark house and the glamorous outsider – with the post-War snobbish-provincial comedies of Angela Thirkell and throws in a genuinely disturbing twist of the post-Colonial supernatural. The result, with its creepy scenes of moth shadowed, homoerotic vampirism and parenting-gone-awry, lingers in the mind like a half-remembered nightmare and confirms Murray’s as an intensely English talent.’ Patrick Gale, author of Notes from An Exhibition and A Perfectly Good Man

‘Sugar Hall is a dark tale brightly told, beautifully written and thoroughly unsettling.’ Emylia Hall, author of The Book of Summers and A Heart Bent Out of Shape

‘A beautiful and haunting book. Tiffany Murray is a wonderful storyteller.’ Sarah Winman, author of When God Was a Rabbit

‘Sugar Hall is not just a brilliantly effective ghost story. It also pries open a window on to a vanished decade, exploring the long consequences of old sins and the suffering of the exile, the refugee and the powerless. Chillingly empathetic, it’s a book that cries out to be read again – and again.’ Andrew Taylor, author of The American Boy and The Scent of Death.

‘Tender, troubling and telling, Sugar Hall is a box of delights. With prose delicate as moth scales, Tiffany Murray has written her best book to date, a simply delicious and creepy read.’ Jon Gower

‘As darkly tantalising as any enchanted forest, a novel that sees a writer with the lightest of touches take on the deepest of our fears – spellbinding.’ Tim Butcher, author of The Trigger and Blood River

‘A shiveringly good read, Sugar Hall reminds of the days when I used to read under the bedcovers with a torch, because I simply had to find out what happened next.’ Aminatta Forna, author of The Hired Man