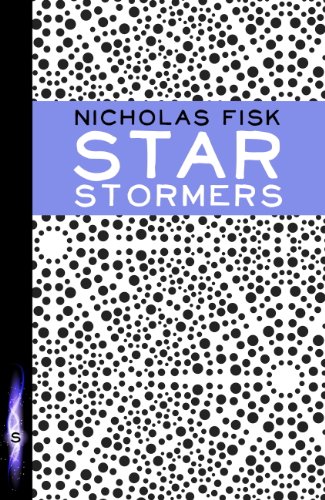 Four children, Vawn, Ispex, Tsu and Makenzi live in a boarding school on Earth, while their parents are busy building a colony on the planet Epsilon Cool. It has been years since they last saw their parents – perhaps they never will. Bored and frustrated, they decide to build their own spaceship out of parts salvaged from a spacecraft junkyard. They name their ship Starstormer and blast off. Weeks later, soaring through space on route to Epsilon Cool, they come across an ancient colony ship from earth called the Conqueror. The inhabitants have developed a strange religion, worshipping the “Glorious Ones,” whoever they are. Ispex is first to figure out that there is great peril here for the Starstormers. The first book in Nicholas Fisk’s exciting series, first published in the 1980s and warmly remembered by fans to this day.