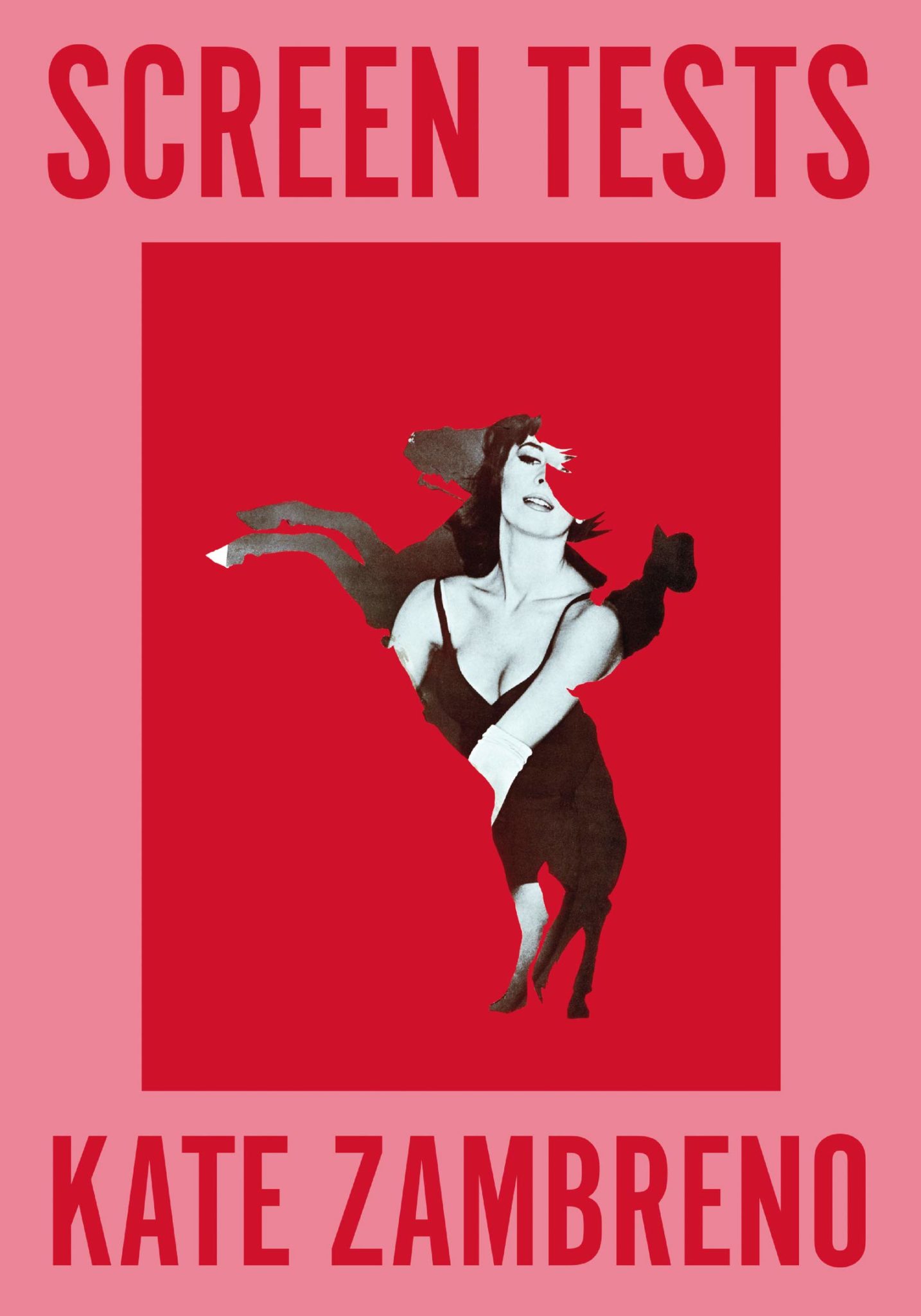 A new work equal parts observational micro-fiction and cultural criticism reflecting on the dailiness of life as a woman and writer, on fame and failure, aging and art.

In the first half of Kate Zambreno’s astoundingly original collection Screen Tests, the narrator regales us with incisive and witty swatches from a life lived inside a brilliant mind, meditating on aging and vanity, fame and failure, writing and writers, along with portraits of everyone from Susan Sontag to Amal Clooney, Maurice Blanchot to Louise Brooks. The series of essays that follow, on figures central to Zambreno’s thinking, including Kathy Acker, David Wojnarowicz, and Barbara Loden, are manifestoes about art, that ingeniously intersect and chime with the stories that came before them.

‘Zambreno’s books have a way of getting under your skin, and her willingness to write ugly, to approach the banal and the cliché as just another tool and subvert it into works of rage and oftentimes real beauty, is part of the appeal. Screen Tests, her latest, pairs a first half composed of very short, very funny pieces of fiction with a second half of longer essays, and the effect is that of a particularly devastating form of déjà vu….in an era in which it feels as though we all constantly need to market ourselves, it’s refreshing to read a book that explicitly champions art that is raw, art that is messy, art that cannot be contained.’ — The Paris Review

‘Kate Zambreno writes with a winning, gleeful transparency about days and nights spent entranced by literature, film, and her own densely populated imagination. Zambreno pays attention to her own desire’s fluctuations—to attachments, moods, self-constructions, and self-abasements, reconfigured in a series of shadow-box homages to writing as an asymptotic specter. In rhythm-conscious bulletins, streaked with passionate candor, she confirms her vocation as haunter and as haunted.’ — Wayne Koestenbaum

‘[Zambreno] twists around moments that feel glamorous, tragic, and bleakly ironic: an invitation to attend the annual Jean Seberg International Film Festival in Ohio; the way her dad insists on nicknaming her baby “Tallulah Bankhead,” an actress whose dying words were “Codeine… Bourbon”; the fact that Patty Hearst was a winner of the Westminster Dog Show, in later life. Reading Zambreno has always felt more intimate than many writers: with Screen Tests, she is more teasing than before. Because what’s more intimate than a joke?’ — SSENSE

‘I brought Screen Tests to the beach one weekend, and I couldn’t stop reading lines aloud. My friend, who is fortunately just as obsessed with good words, listened patiently as I picked them out: “The temporary clanging together of two fucked-up people.” “Thinking of the ways nostalgia can also be a disease.” “When we are stuck, we look to other signs and systems to be okay in the world. To relieve the burdens of personhood.” Zambreno’s very strange essay collection is full of these kinds of linguistic sucker punches. Her tight focus on the characters that wander through her inner brain sanctum—Meg Ryan, Susan Sontag, David Wojnarowicz, Kathy Acker—lets her build a thematic framework that touches on rejection, depression, and the precariousness of art, and that feels more familiar the deeper you get.’ — Vanity Fair, Editors’ Pick

‘Zambreno gives the reader insight into the ambulatory nature of her process, a generosity atypical of writers….The last sentence in each of the short stories in Screen Tests twists the knife in the same way Lydia Davis does—it almost becomes like a poem.’ — Hazlitt

‘The small works, which combine the concision of Lydia Davis with the satirical wit of Thomas Bernhard, may appear to be a new flash form for the novelist. But on a second look, they are a natural extension of her practice: art world adjacent explorations of our cultural landscape. [Zambreno’s] writing often feels like an automatic act, her essays speculative, fluid—fugitive even—and utterly unpindownable.’— Interview Magazine