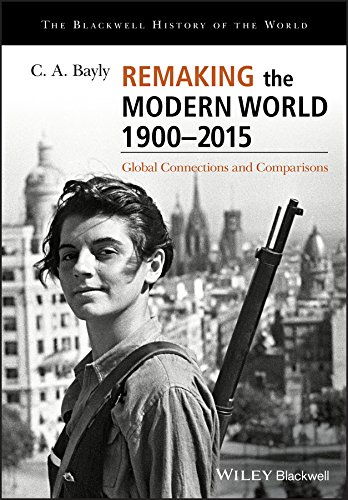 The sequel and companion volume to C. A. Bayly’s ground-breaking The Birth of the Modern World, 1780–1914, this wide-ranging and sophisticated study explores global history since the First World War, offering a coherent, comparative overview of developments in politics, economics, and society at large.

Written by one of the leading historians of his generation, an early intellectual leader in the study of world history, this book weaves a clear narrative history that explores the themes of politics, economics, social, cultural, and intellectual life throughout the long twentieth century. It identifies the themes of state, capital, and communication as key drivers of change on a global scale in the last century, and explores the impact of those ideas; and interrogates whether warfare was really the pre-eminent driving force of twentieth-century history, and what other ideas shaped the course of history in this period.

Finished shortly before Professor Bayly’s death in 2015, this is a fitting testament to one of our most respected historians.