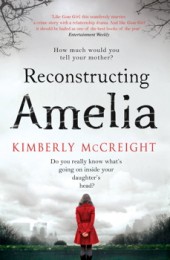 Single mother and lawyer Kate Baron is in the meeting of her career when she is interrupted by a telephone call. Her daughter Amelia has just been suspended from her exclusive prep school. When Kate eventually arrives at Grace Hall an hour later, she is greeted by the news that no mother ever wants to hear. A grieving Kate can’t accept that her daughter would kill herself. But she soon discovers she didn’t know Amelia quite as well as she thought. Who are the friends she kept, what are the secrets she hid? And so begins an investigation which takes her deep into Amelia’s private world – and into the mind of a troubled young girl. Then Kate receives an anonymous text: AMELIA DIDN’T JUMP. Is someone toying with her or has she been right all along? To find the truth about her daughter, Kate must now face a darker reality than she could ever have imagined.