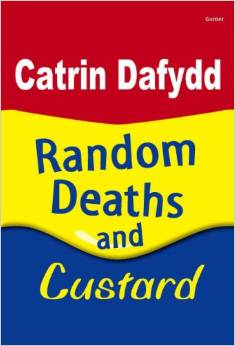 Sam Jones is a perfectly ordinary Valleys girl. Except for the random deaths, that is. Which she only just manages to avoid. Like the time she swallows a fish finger whole before answering the door to the catalogue salesman. That random death leads to love, mind, which is a relief to Sam: people on her street will stop thinking she’s a lesbian. She has plenty of other crosses to bear: Custard’s, the custard factory where she works; Anti Peg’s swearing; her Mam’s boyfriend; her squaddie brother. Not to mention the posh Welshies at the end of the road. There’s even a rock band called Death of the Sales, Man! With its comic darkness, its write-as-she-speaks style and its recognition of how the ordinary and eccentric are two sides of the same coin, this is a novel that will have you laughing and crying into your custard.