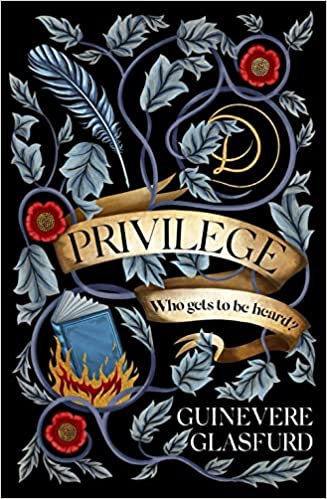 …I thought of the books we carried and the hands that would one day hold them. The pages read, turned and discussed. The book returned to the shelf, taken down to be read again. The book become thought and the thought become the person and the person gone out into the world. Let Gilbert try and put a stop to that…

Privilege is set in the 18th century France of an Enlightenment at odds with the absolute power of the King determined to suppress opposition on pain of death.

Delphine Vimond flees to Paris after being cast out from her home in Rouen when her father is disgraced. Into her life tumbles Chancery Smith, apprentice printer from London, sent to discover the mysterious author of potentially seditious papers marked only D.

In a battle of wits with the French censor, Henri Gilbert, Delphine and Chancery set off in a frantic search for D‘s author. But who is he – and does he even exist?

A novel in defence of reason, humanism and hope.