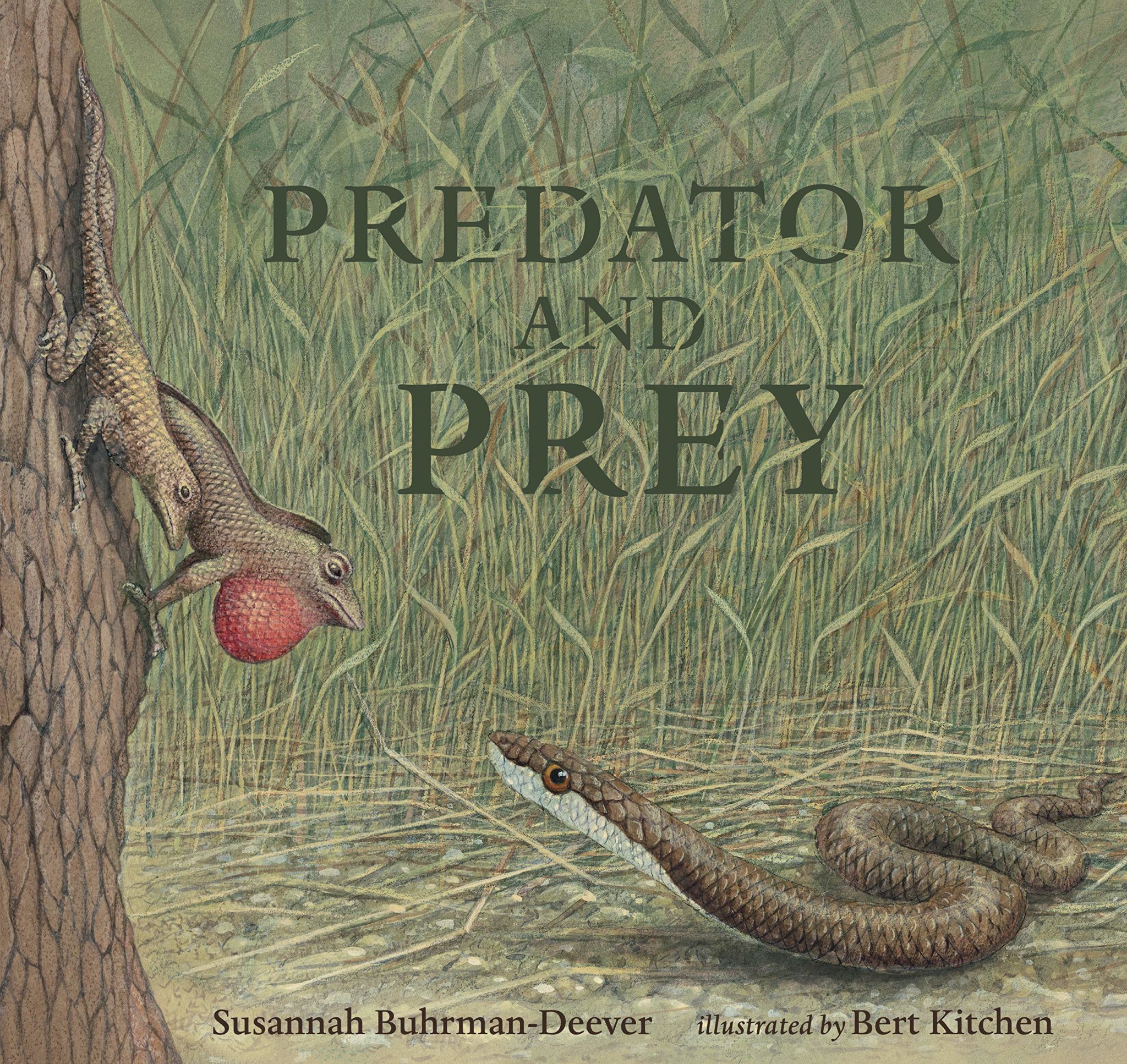 Who is the predator, and who is the prey? Illuminating poetry and vivid artwork capture the awe-inspiring ways that creatures use their resources to stay alive.

Who wins, the assassin bug or the spider? The bat or the frog? The ant or the honey bee? The male firefly . . . or the female? The battle for survival between predator and prey is sometimes a fight, sometimes a dance, and often involves spying, lying, or even telling the truth to get ahead. Biologist and debut author Susannah Buhrman-Deever explores these clashes in poems and prose explanations that offer both sides of the story. With beautiful, realistic illustrations that are charged with drama, Bert Kitchen captures the breathtaking moments when predator meets prey. Readers who hunger for more about the art of survival will find an extensive list of references in the back.