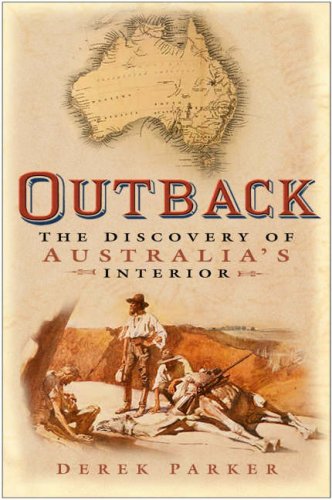 Outback: The Discovery of Australia’s Interior

In 1800, while the coast of Australia had finally been charted, the vast interior of the continent, and routes across its deserts and mountains from north to south and east to west lay all undiscovered. By 1874, its lands had been all but won. Derek Parker’s new and exciting book gathers together the stories of those intrepid explorers who, often against great odds, on journeys of months or even years, beat starvation, inadequate information and mapping, disease and loss, to forge a route which would enable the country’s development. From early explorers, who were generally escaped convicts, to the son of a Lincolnshire surgeon who coined the name ‘Australia’; from explorers Major Mitchell, who slaughtered aborigines, to Sir George Grey, who learnt their language, recorded their culture and came to love and understand them; and from the greatest overland expedition in Australian history in 1844 to continued failed attempts to find a mythical ‘inland sea’, this is a fascinating read. Illustrated by portraits, contemporary sketches and documents, and maps, this is a collection of tales of courage and determination despite overwhelming odd