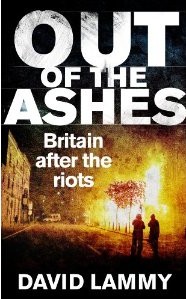 Out of the Ashes

David Lammy MP predicted the riots of 2011 a year before they took place. Following the violence he spoke passionately for his constituents. In Out of the Ashes he sets out the causes and implications of the disturbances.

He draws on his experience of growing up in Tottenham – the area he now represents and the place where the riots began. He introduces the human stories behind the television pictures and newspaper headlines. Above all, he seeks to explain why the breakdown of law and order was so swift and so widespread, offering a way forward for Britain that is both practical and inspiring.