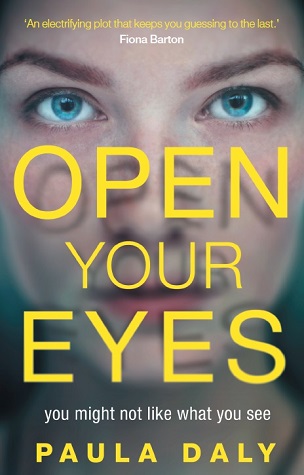 Haven’t we all wanted to pretend everything is fine?

Jane doesn’t like confrontation. Given the choice, she’d prefer to focus on what’s going well, on the good things in life.

But when her husband, Leon, is brutally attacked in the driveway of their home, in front of their two young children, Jane has to face reality. As he lies in a coma, Jane must open her eyes to the problems in her life, and the secrets that have been kept from her, if she’s to find out who hurt her husband – and why.

Maybe it’s time to face up to it all. Who knows what you might find… 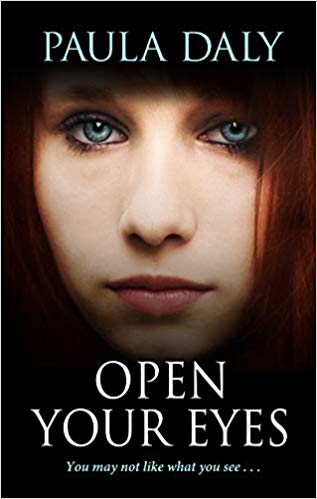 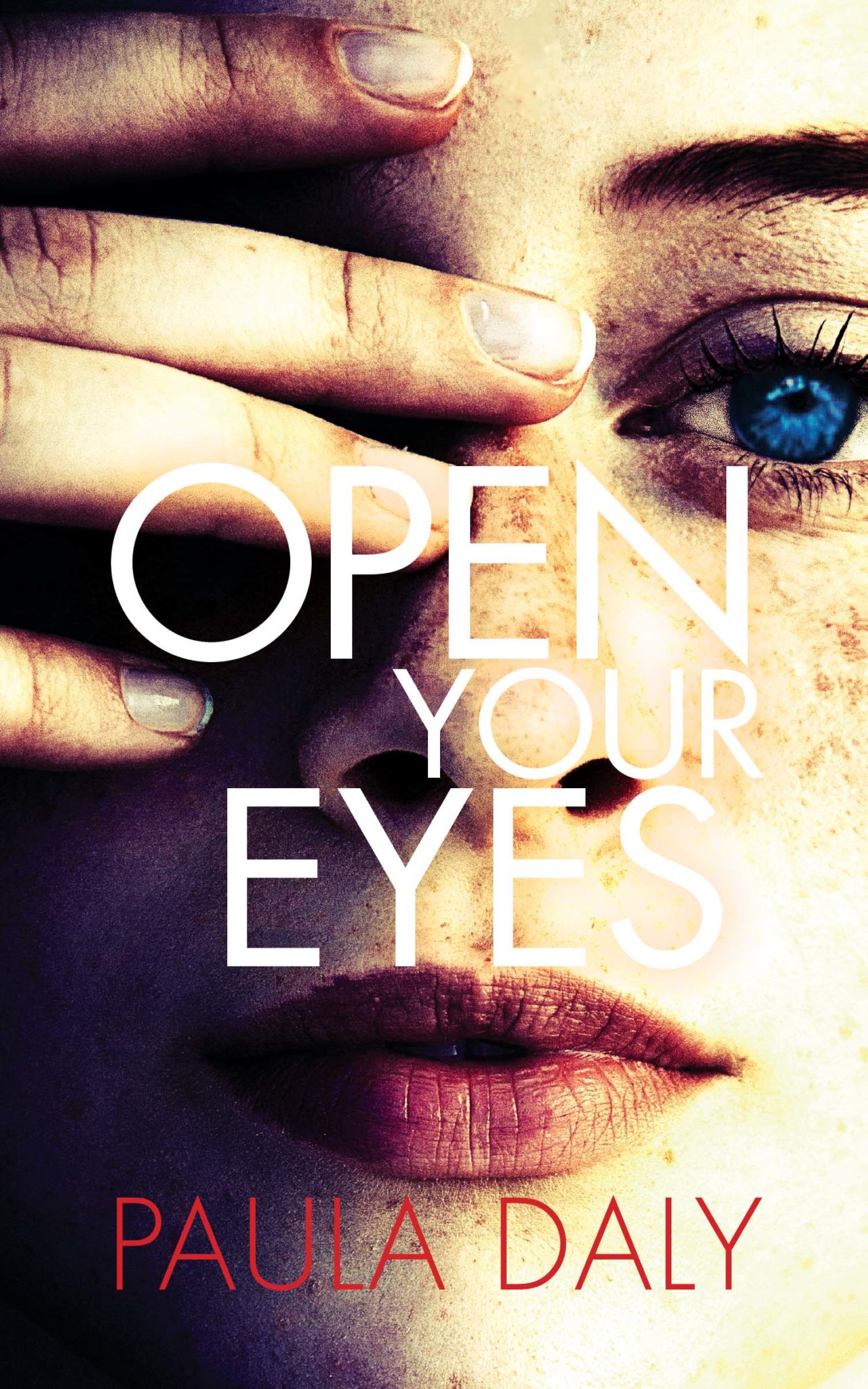 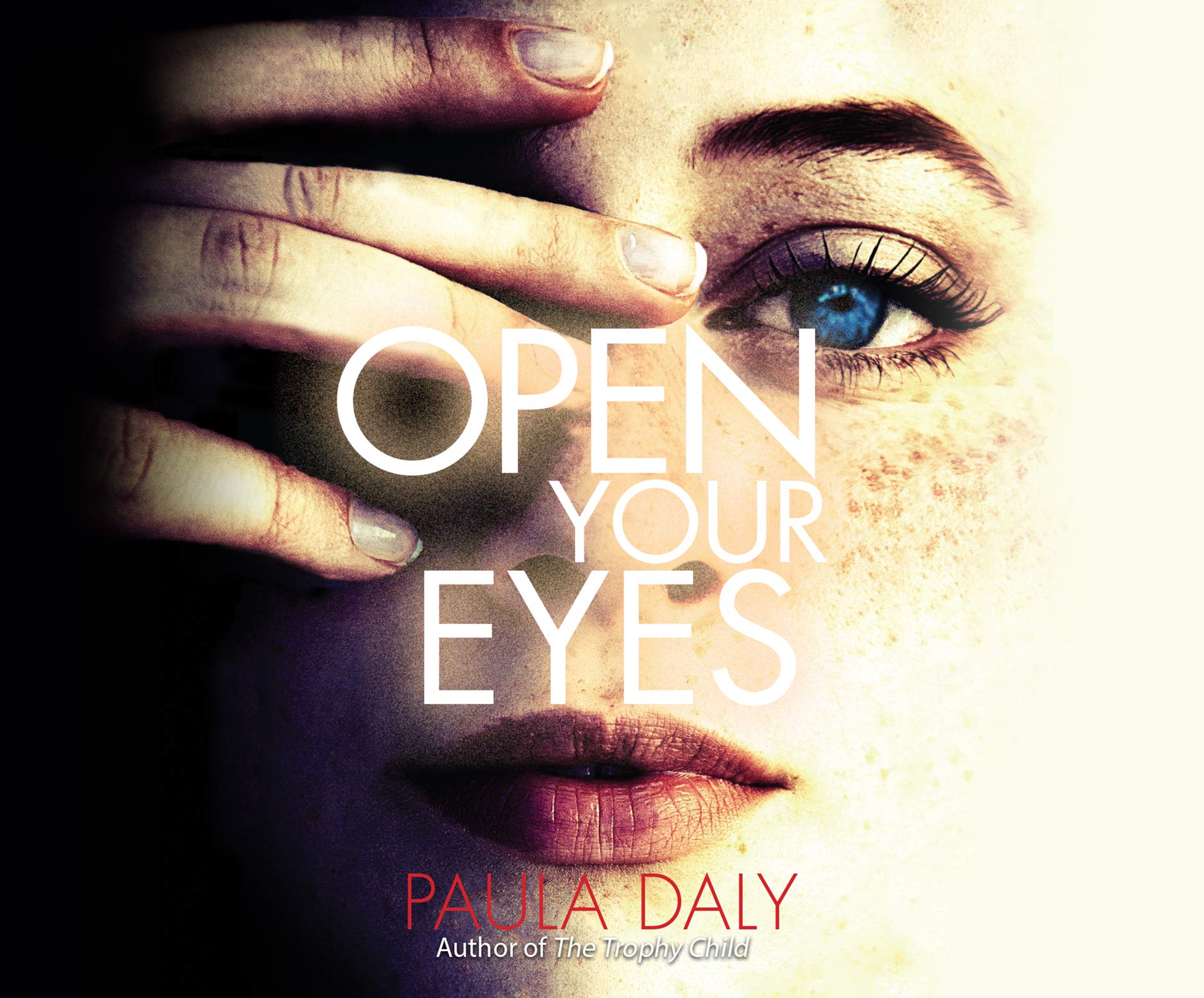 ‘I always know I’m in safe hands when I open a Paula Daly novel. She’s a hugely talented writer – one of the very best domestic noir authors in the UK – and her ability to craft a twisty, compelling plot is masterful. Open Your Eyes was thrilling, compelling, clever and hugely entertaining. I couldn’t turn the pages fast enough.’ C.L. Taylor

‘An electrifying plot that keeps you guessing to the last.’ Fiona Barton

‘Effortless writing, brilliant storytelling, characters that you really root for (even the villains!). So cleverly done. Her books just get better and better.’ Susi Holliday

‘Yet another gripping, heartbreaking read from a brilliant writer.’ Jill Mansell

‘A new novel from Paula Daly is always a cause for celebration. Fast-paced, with gripping plots driven by fully-rounded characters, they tend to focus on ordinary people thrown into extraordinary circumstances. Daly is an expert at wrong-footing the reader, leading you up unexpected paths and then taking a series of sharp turns, until you lose sight of your surroundings. It’s the literary equivalent of a game of blind man’s bluff – even when you open your eyes, your head still spins. This is a proper page turner – cleverly plotted and deeply heartfelt, with a satisfying twist. In other words, just what we’ve come to expect from Paula Daly.’ Paul Burston

‘This was a brilliantly addictive novel from the pen of one of my favourite writers Paula Daly. The story encompasses many themes and is set in the literary world so will resonate with readers everywhere. The writing is beautifully immersive and resonant. Add to that a truly intriguing and unpredictable mystery element with some well-placed and surprising twists of plot, plus a pitch perfect ending that will keep you thinking about it long after reading and you have an excellent read, well worth the wait and Open Your Eyes definitely comes highly recommended by me.’ Liz Loves Books

‘All I can say is that Paula Daly has done it again, by which I mean take an everyday event and transform it into the most gripping of reads. Open Your Eyes is a psychological thriller that stands out from the crowd’ Cleopatra Loves Books

‘… utterly thrilling from start to finish. Open Your Eyes was an absolute page turner. It’s a tour de force in the domestic noir genre and I thought it was an excellent read.’ Short Book and Scribes

‘Open Your Eyes is a psychological thriller with a difference and really stands out from the crowd.’ Novel Deelights

‘There is a comfortably sized cast in this very realistic novel, which deals with the day to day problems associated with the after-effects of being victims of such a vicious assault.  It highlights the real need for more support to be available for victims and their families in order for them to return to some kind of normality but doesn’t labour the point. Paula Daly has succeeded in producing yet another book where the reader could quite easily imagine finding themselves in a similar situation purely down to miscommunications or petty jealousy.  An excellent page-turner of a book which keeps Paula way up the list of my favourite authors – ideal for curling up with as the nights begin to draw in.’ Sandie’s Book Shelves

‘This fifth absorbing domestic thriller (following The Trophy Child, 2017) from acclaimed crime-writer Daly, is afire with her trademark brilliantly defined characters, the nice and the not so nice. The turn at the end is an absolute triumph. Readers will hope to hear more of the Campbells soon.’ Jane Murphy, Booklist starred review

‘Daly writes deftly about ordinary life; Open Your Eyes is a subtle and nuanced suspense novel that will best suit readers looking for a story made chilling by its plausibility. This is not a story defined by shocking violence or twists—it’s a story that is unsettling because of how closely the lives of its characters resemble the lives we ourselves lead. Open Your Eyes is tense, chilling reading material, and a breath of fresh air in the domestic thriller genre.’ Crime By The Book

‘This clever and well-plotted story is a fast, fun read that delivers until the very last page.’ Book Reporter