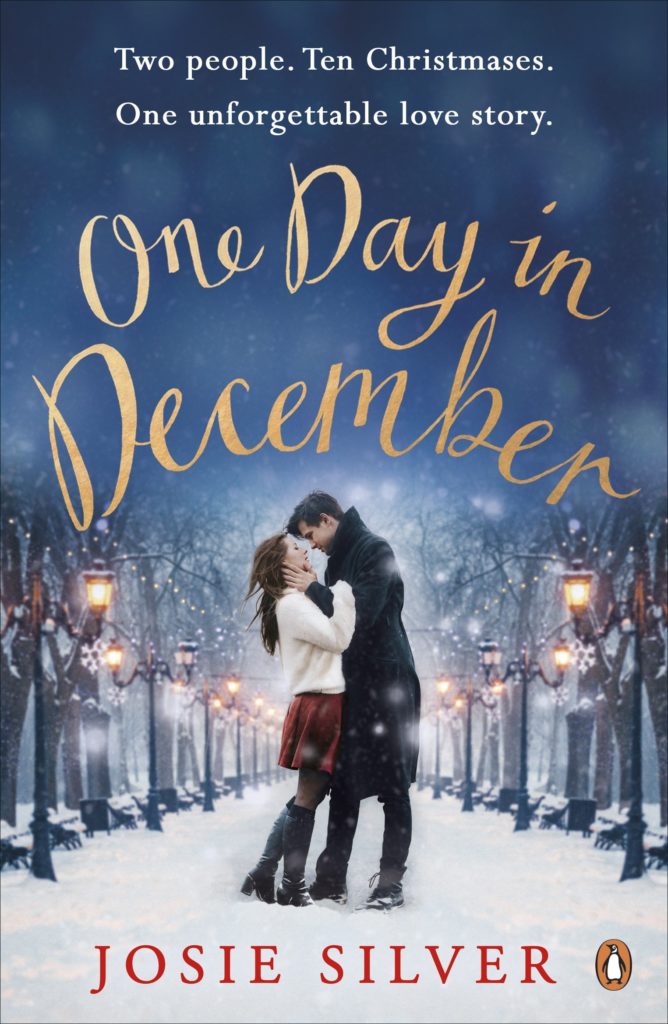 One Day in December

‘The novelistic equivalent to LOVE ACTUALLY’ The Bookseller

Laurie is pretty sure love at first sight doesn’t exist. After all, life isn’t a scene from the movies, is it?

But then, through a misted-up bus window one snowy December day, she sees a man who she knows instantly is the one. Their eyes meet, there’s a moment of pure magic…and then her bus drives away.

Determined to let him go, Laurie gets on with her life. But what if fate has other plans?

Following Laurie, Sarah and Jack through ten years of love, heartbreak and friendship, One Day in December is a joyous, heart-warming and immensely moving love story that you’ll want to escape into forever, for fans of Jojo Moyes, Lucy Diamond and Nicholas Sparks.