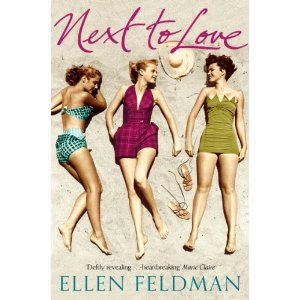 Babe, Grace and Millie have been best friends since their first day at their small town’s only kindergarten. Despite their differences, they’ve played together, grown up together, shared each other’s secrets. And when World War Two becomes a reality for America too, the girls begin a new phase of their lives together – each quickly marries her first true love. With the men away, life is difficult for these newly married women, but when no fewer than sixteen telegrams arrive on a single morning in 1944, bearing news of the worst kind from the War Department, the girls know that nothing will ever be the same again . . .

As each woman struggles to rebuild a life, they face not only the challenges closest to home – the brutal effects of war, the question of remarriage, of how to tell a child about their absent father – but also the wider issues of a country in flux – sexism, racism, anti-Semitism. Tinged with tragedy, yet filled with hope, Next to Love is the story of three women at the heart of the century – a celebration of their friendship across decades of the most unthinkable adversity. It is a remarkable novel you are unlikely to forget.