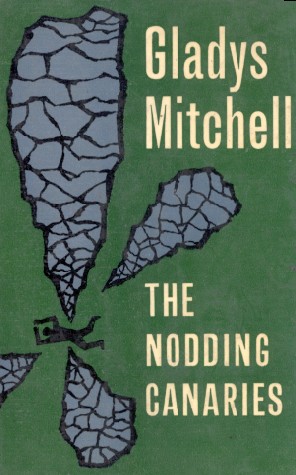 Dame Beatrice is summoned by schoolmistress Alice Boorman, who has found herself in a bit of a predicament. While hosting two candidates for a rival teaching position, the group visits the mine shafts of Pigmy’s Ladder, where the two visitors explore under ground while Alice, subject to claustrophobia, stays above. Out of sight much longer than expected, Alice begins to worry about her charges; a search finds the teachers unconscious from the heavy presence of butane (or calor) gas within the shafts. Concerned that she may be accused of trying to do in her job rivals, Alice appeals to Dame Beatrice, who is quick to assure her that the gas was meant for someone else. She proves this by conducting the police to the body of Oliver Breydon-Waters, walled up in an underground alcove at the prehistoric site.

The elderly detective focuses on the Nodding archaeological society, and soon learns that Breydon-Waters was not well-liked. The victim’s mother is in questionable contact with her son from the spirit world, and she shows Dame Beatrice his collection of earthly possessions which seem to include several artefacts and relics lifted from various digs. While gas canisters were found beside Breydon-Waters’ body, death was assuredly caused by a severe blow to the head. Had the man known something which led to his demise? Or had his illicit activities caught up with him? If Breydon-Waters’ mother was indeed in celestial communication with him, that avenue of investigation reaches an end when the lady is poisoned by salts of lemon. As Dame Beatrice digs deeper, she uncovers a murderer whose motive may be sincere but whose actions are disturbingly deadly.