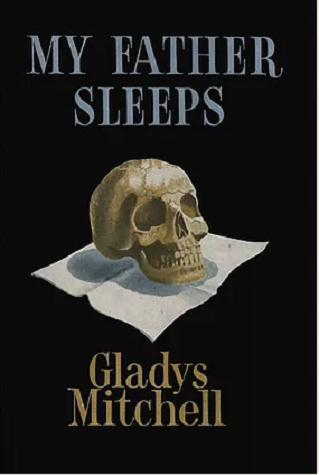 Newlyweds Ian and Catherine Menzies are having a fine time touring Scotland’s western Highlands by motorboat. An exploration of the land, however, brings forth an unsettling character, the limping and haunted figure of Hector Loudoun, who begs Ian to stay the night with him. Ian reluctantly agrees and soon learns of his new host’s strange situation. According to Hector, a man named Ure has offered him money for ownership of a loch on Loudoun land. Refusing the offer, a short while later Hector finds himself pushed down a flight of stairs by an unseen force. Recovering at home with a badly smashed leg, he begins to hear a ghostly male voice at night calling for justice and a return to eternal sleep. The morning after Ian learns of this tale, the man’s aged housekeeper seems to disappear.

Ian’s sister Laura is also on holiday at Ballanchulish, and her observations of the natives are just as curious. First she speaks with an artist of the moors who works in watercolors—although the canvas on his easel sports an oil painting. Then she meets a party of shepherds who are moving the body of a stranger off the path; the man has a knife protruding from his back. Fortunately, Mrs. Beatrice Adela Lestrange Bradley is also present—nephew Jonathan Bradley with wife Deborah Cloud and 13-year old nephew Brian Lestrange round out the traveling party. As the psychoanalyst reflects upon the historical clan feuds of the Stewarts and the Loudouns (whose family is tied with the Campbells of Glenure), she agrees to visit and study Hector as a patient. Upon meeting him, she finds that he no longer wants her professional help and has apparently improved his physical health as well: Hector’s pronounced limp has disappeared.
Two thuggish men appear who seem to have a stake in the affair, and Loudoun is discovered dead—but it seems to be the man Mrs. Bradley had interviewed and not the one Ian and Catherine had met initially. At this point, the entire group becomes involved in sorting out the mystery. But clan ties cannot be discounted, and family deeds have a way of becoming unearthed; only then can the wronged spirits of another world find some rest.