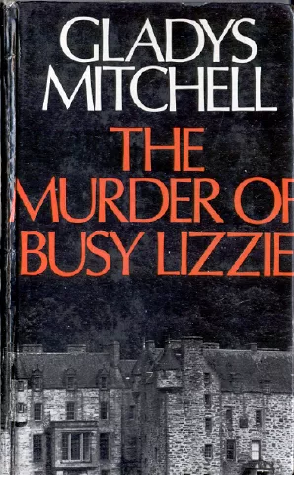 Marius Lovelaine has decided to extend the olive-branch and visit his estranged sister at her island-set hotel. He rallies his family together, but wife Clothilde wants nothing to do with sister or island, and opts to visit her cousin instead. Reluctantly, Marius travels to the island of Great Skua with only his grown children in tow: son Sebastian and daughter Margaret are determined to make the most of their holiday. Eliza Lovelaine (now Dashleigh) has invited them to her hotel, though rather dubiously mentioning the guest fees as she did so. Marius and family disembark from the boat, having arrived with a reptilian older lady and her Amazon-sized companion, only to be told that sister Lizzie has not returned from a trip to the mainland. Frustrated, Marius waits for her arrival, but the days pass and the tiny boat never brings the missing woman to the island.

Marius does make the acquaintance of Eliza’s business partner, a dour woman named Miss Crimp, who promptly annoys her guest by situating Marius at the hotel while booking his offspring into a separate chalet. An infestation of ornithologists to the island proves the last straw, but before the Lovelaines can make an exit, a birdwatcher spots the body of a woman being tossed against the rocks by a turbulent sea. Identification shows that the unfortunate woman is Eliza Dashliegh. Marius, who had hoped to reconcile with his sister partly to bolster any potential inheritance she might leave, becomes a suspect in the suspicious death, as does the money-minded Miss Crimp and Lizzie’s illegitimate son, an island farmer named Ransome Lovelaine.

Sebastian and Margaret find that the family headstones in the churchyard have been defaced in a curious manner, and unsettling actions and signs point to the presence of witchcraft on Great Skua. Dame Beatrice keeps an eye on events, but she and Laura have come to the island on their own mission. Dead pigs, locked lighthouses, midnight rituals and pirates’ caves provide enough intrigue for the elderly detective to postpone the writing of her memoirs and investigate the mysteries provided by this wind-swept, rocky Atlantic island.