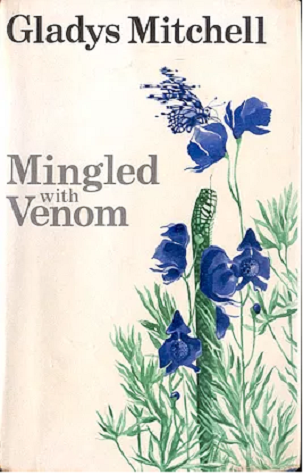 Nearing 70, matriarch Romula Leydon finds much at fault with her varied and colourfully-named family. An illegitimacy here, a touring stage actor there, and the lady finds herself disapproving of her flesh and blood kin more often than not. Romula has made a steady habit of bankrolling people in whom she sees potential: efficient secretary Fiona Bute was the first outsider to benefit from her employer’s whims. Then came kitchenmaid Ruby Pabbay, an opinionated young lass who enjoys singing while doing the washing up; Mrs. Leydon thought the girl’s voice had merit, and Ruby has been treated to singing lessons and trips to London ever since. Now milady’s restless eye has fallen on her (adopted) grandson Gamaliel, a handsome black teen with aspirations to become a world-class boxer. Such attention given to this comparative outsider does not sit well with several of the family members who are still living in the shadow of the rich relative’s scorn.

Gamaliel also arrests the attention of Dame Beatrice Bradley, who is staying at a nearby hotel. It is from the future boxer that the Home Office consultant learns of an outbreak of shoving–one targeting Romula Leydon, a second directed at her daughter Diana–that, if successful, would have dispatched its recipients over a cliff. This is soon eclipsed by a fateful Sunday luncheon wherein a pot of horseradish sauce mixed with the root of wolfsbane (or monkshood) makes its way to the table. The only casualty is Romula Leydon, most likely by design: it was known that only the matriarch ever used the sauce, and that a pot was made fresh each week by her faithful cook, Mrs. Plack. A recently dismissed kitchenmaid is arrested, charged with substituting the lethal sauce as a means of revenge. But no one–Dame Beatrice and the not-quite-grieving family included–can believe the simple girl capable of such an act. So Dame B. sets out to clear a kitchenmaid’s name and, in so doing, shake the murderer from the family tree.