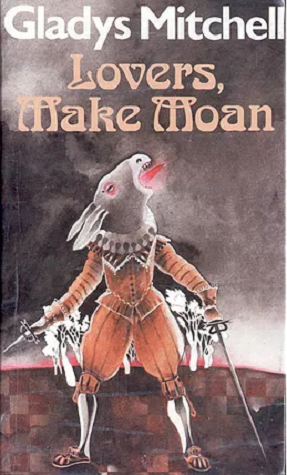 Jonathan and Deborah Bradley come to the rescue when relations wish to enjoy a cruise: not only does the couple agree to tend to a handsome country house, they also temporarily inherit two young charges, Rosamund and Edmund. Knowing that they can always press into service Jonathan’s ageless aunt should he and Deborah require a holiday of their own, arrangements are soon put into place. The suggestion to use the picturesque Bradley grounds to stage a production of A Midsummer Night’s Dream is met with enthusiasm, and soon rehearsals are underway.

The role of Pyramus is given to a difficult young man who soon manages to have nearly the entire cast against him, as his lack of tact and dubious criminal background hardly prove endearing. For this character’s play-acting death scene, the producer acquires a realistic-looking dagger with a retractable blade (introduced in the chapter entitled “Retractable Blade”) and all goes well for the first two performances, but decidedly less so for the third. Hinckley, the actor who wielded the dagger so convincingly in that role, suddenly falls ill–mussels are suspected–and another actor is hastily costumed for the role. It is only after the fatal weapon’s plunge that it is discovered the prop dagger has been switched for a real one. Accident? If not, who was the intended victim? Dame Beatrice looks into the matter and answers these questions–but only after the dagger has claimed another life.