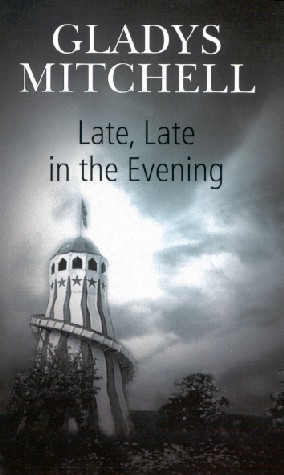 Late, Late in the Evening

Margaret and Kenneth Clifton pass their childhood summers with their two sets of aunts and uncles in the sleepy village of Hill. They spend their days playing in the town’s sheepwash, avoiding Sunday school, investigating the old hermit’s shack, and deciding which sweets to purchase at Old Mother Honour’s shop. The pair has befriended Our Sarah, a matronly girl who supervises the village children like a hen with her chicks. Margaret and Kenneth also make the acquaintance of Lionel Kempson-Conyers, an inquisitive lad staying with his aunt at her manor house. The siblings’ Aunt Kirstie has for years housed a boarder named Mr. Ward, an eccentric and solitary man whose behavior has become increasingly erratic. He has been digging up the grounds with a spade in places like the chicken run, the garden and the hermit’s shack. Margaret is unsettled when she finds a hole shaped like a grave within the run-down shack; a later visit reveals that the hole has been filled in again. During a fancy dress (costume) party held at the manor house, tragedy strikes: a girl from London is found dead by the sheepwash, still wearing a dinosaur costume from the party. Mrs. Bradley, in communication with Mrs. Kempson, decides to visit Hill, and some interesting facts surface. The murder victim and young Lionel, heir to the estate, were wearing the same costume; Doctor Tassall, who absented himself from the party at an early hour, was once engaged to the girl, but is now in love with Amabel Kempson-Conyers, Lionel’s sister; and Mr. Ward’s spade, the apparent murder weapon, is found in the sheepwash. Also, Mr. Ward hasn’t been to his room for two days. Margaret and Kenneth soon discover that the grave has been put to use after all, and rush to Mrs. Bradley with the news. The psycho-analyst must then decide whether one or two murderers are living in Hill village.