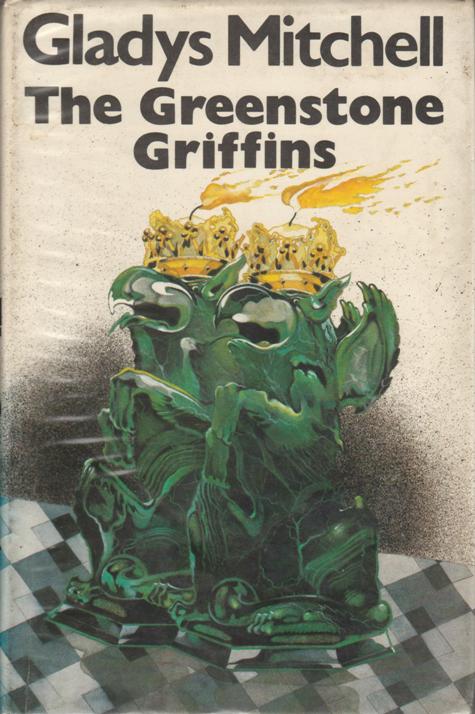 The Greenstone Griffins is the story of Jessica Denefield, a country girl who, as a child, becomes obsessed by a pair of candle-holders in the shape of the fabulous creatures called griffins. Because of two fatal accidents—or what appear to be accidents—she believes that the griffins have the power to work evil and her fascination with them increases.

Jessica rationalises this feeling as she grows older, but the griffins continue to haunt her. In an apparent coincidence, she sees them next in a shop which shortly afterwards is burnt out in puzzling circumstances. But the griffins are not destroyed: subsequently they appear in the window of a flat belonging to a mysterious French woman who once figured in the second of the deaths that occurred during Jessica’s childhood. Still obsessed by the greenstone figures, Jessica calls at the flat, only to find the murdered body of the tenant. It is chillingly clear that one of the griffins has been used as the murder weapon.
When Jessica falls under police suspicion, her cause is taken up by Mrs. Beatrice Lestrange Bradley, who brings the true culprits to book by a mixture of deduction, common sense and applied psychiatry.