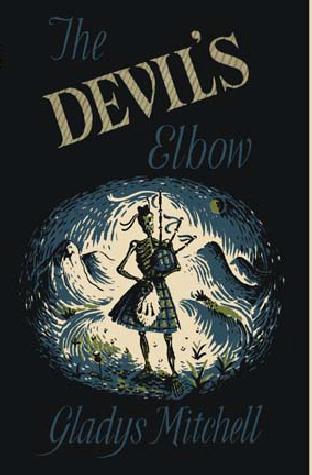 Dan Jeffries’ job, as courier on a coach taking holiday-makers on a tour of Scotland, was fairly uneventful until, with the tour nearly over, one of the party was murdered. It was fortunate that the important facts preceding the crime had been faithfully recorded by Jeffries in letters to his fiancée, and even more fortunate that she should have been working for Mrs. Bradley.

Mrs. Bradley, as befits “the best woman detective in fiction”, was quickly on the scene, questioning and deducing, ferreting out the real facts behind this apparently motiveless crime.  There was the question of the boat-trip undertaken by some members of the coach party, the nylons found in a caravan mattress, the jewels smuggled in a barrel of fish, and other seemingly irrelevant discoveries.  But relevant they were, and Mrs. Bradley was soon well on the way to solving one of her most brilliant cases.

The Devils Elbow will delight all lovers of a good detective story, and particularly the many admirers of Mrs. Adela Lestrange Bradley.