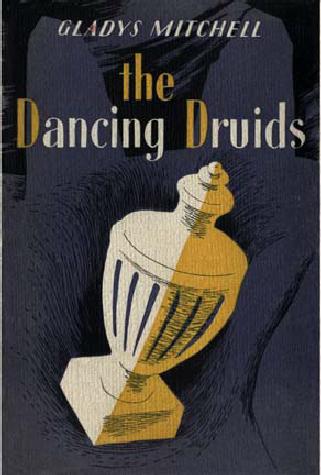 The nine rocks known as The Dancing Druids had become objects of mystery and suspicion in their locality, and were linked in peoples minds with the disappearances at nine-yearly intervals of three apparently harmless local men. There was also the smuggling mystery: it was known that valuable paintings and clever fakes were being smuggled abroad, but it was not until Mrs. Bradley, with her unerring acumen and the help of her attractive young secretary, Laura, deduced a connection between this trade and the disappearances, that the two  mysteries were finally solved.

In The Dancing Druids, Mrs. Bradley is at her devastating best, saurian perhaps but very human, and the story is one of the best Miss Mitchell has given us.