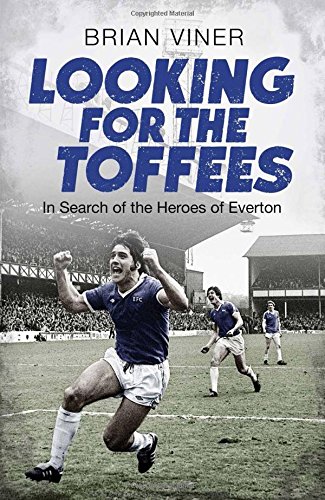 Looking for the Toffees

In 1977-78, Brian Viner was a season ticket-holder in the Gwladys Street End at Goodison Park, home to his beloved Everton. In front of him were the stars of the day: striker Bob Latchford, creative midfielder Duncan McKenzie and goalkeeping hero George Wood. There were no airs and graces then: Viner would regularly see Latchford in the local pub, and even once saw Wood mowing the field at his school, so asked him to come and join his classmates for a kickabout, which he did. It would never happen now.

But as well as nostalgia for that period, Viner reveals how this was a time when so much was on the cusp of change: in football the first wave of foreign players would arrive the next season, with Ossie Ardiles and Arnold Muhren among them; on Merseyside, the era of punk would soon give way to Thatcherism; and even Viner himself, at sixteen, was on the verge of adulthood. But little of what happened next could ever have been predicted. Viner’s investigation of that year in the 1970s, based on many interviews with the players of the time, not only reveals a vanished era, but also shows how football often fails to look after its own, as the life stories of what happened to the players afterwards shows, but how the spirit of the sport will always shine through.