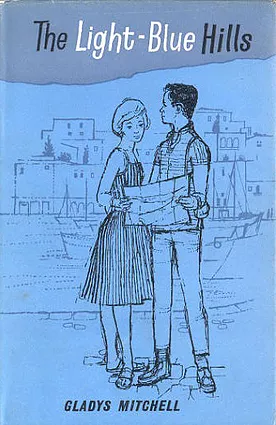 At first glance, David and Diana Scott appear to be two siblings with nothing more to do than appreciate the excellent Mediterranean vistas from the deck of the S.S. Goneril. But they are making their voyage along the European coast with a very singular purpose in mind: their solicitor father wants them to find a missing heir to an English fortune. As a boy, Paul Capoulos went missing when his mother died abroad, and it is the Scotts’ daunting task to pick up his trail. In Venice, a shady contact sends the hunters to a doll shop in Yugoslavia, and while they wind their way up the Adriatic, a lady traveler and history professor named Baptista Webster appears to take an uncommon interest in their destination. Unwilling to trust anyone—a sizeable fortune is at stake—David and Diana try to keep their cards close to their vest.

One of their aces soon goes missing: the last photograph of Paul, in monastic robe and hood, disappears from David’s cabin. Undeterred, the trail takes the pair to Greece where, visiting the Oracle of Delphi, Diana receives an unusual prophecy. Following this hunch leads David to a monastery on Mount Olympus (women are not allowed within the walls). But it is a youth found asleep in a shepherd’s hut who answers to the name of Paul Capoulos, much to the surprise of his searchers. As the group advances upon the island of Sicily for a final piece of the puzzle, the plans and identities of the crooks become clear. David and Diana are ready for their often beautiful voyage to end and return, heir in tow, to their father and their home base.