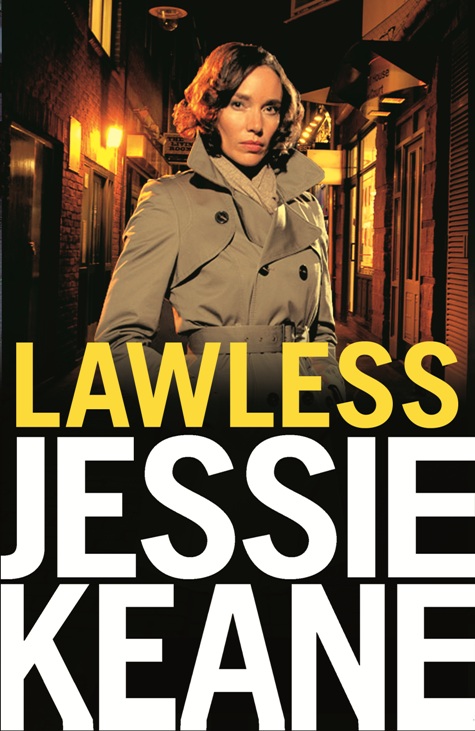 Only the lawless will survive . .

It is 1975 and Ruby Darke is struggling to deal with the brutal murder of her lover, Michael Ward. As her children, Daisy and Kit, battle their own demons, her retail empire starts to crumble.

Meanwhile, after the revenge killing of Tito Danieri, Kit is the lowest he’s ever been. But soon doubt is thrown over whether Kit killed the right person, and now the Danieris are out for his blood and the blood of the entire Darke family.

As the bodies pile up, the chase is on – can the Darkes resolve their own family conflicts and find Michael Ward’s true killer before the vengeful Danieris kill them? Or will they take the law into their own hands . . .

“One of Bella’s favourite authors returns with a sequel to 2012’s Nameless. Gutsy heroine Ruby Darke is trying to save her business while struggling to come to terms with the murder of her lover, Michael. But was the right person killed in revenge – and how many more will have to die before the matter is finally settled.” – Bella Magazine

‘Her strongest yet, both in terms of story and the fantastic cast of characters . . . Jessie Keane really does tell a blinding story. One thing you can rely on her for are twists and turns, literally hundreds of them here and plenty of shocks. We see the appearance of characters we didn’t even know existed and I was floored many times reading this book! . . . You just have no idea where the story will go, and Jessie is an author that keeps you on your toes, so even if you suspect what will happen she will throw the biggest curveball. . . . The book moves at a lightning speed, the last hundred or so pages especially. There was no question of me putting the book down until I reached the end. And what an ending…! Just brilliant stuff and seriously addictive reading. This book just reminds me why I rate Jessie as one of my favourite authors.’ http://www.bookaddictshaun.co.uk/

‘This one sees her back on top, writing with an ease and drawing you into a fast paced dangerous way of life. The women characters in this tale are as strong or dominant as the main male characters, I felt, which is a nice change. There are a few shocks along the way and I could have read this in one sitting had time permitted.’ http://www.alwaysreading.net/

‘Keane’s books never fail to thrill. Smart dialogue and well-rounded characters add ballast and credibility to all the fast-paced action and breathtaking brutality.

‘She gives us humans and human emotion in every shade… from loving, loyal and devoted to fearsome, merciless and downright evil. Prepare to be hooked from the very first page…’ Lancashire Evening Post

‘Lawless is a book that definitely has to be experienced – words can never do it justice! Full of tension, shocks and surprises – this is a book you won’t be able to put down’ http://readinginthesunshine.wordpress.com/

The writing is engaging and (f)lawless and it is written in a way that make you desperate to know what’s going to happen next! http://onmybookshelf.blog.pl/

‘Lawless is an engrossing read. It has strong female lead characters (and great male characters) and the highly atmospheric 1975 London gangland setting and interesting cast – from Lords and Ladies through to the shadiest of London gangsters – had me hooked from the start. As the story continued, the complex interwoven relationships, dark truths and secret desires that drive some to murder has me racing to turn the pages.