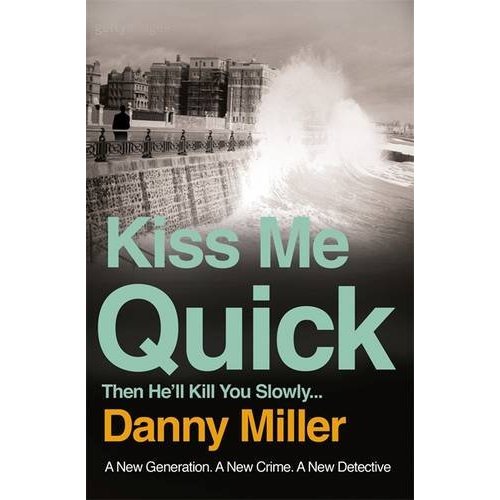 Set in Brighton over the bank holiday weekend of 1964, an ambitious and handsome young detective named Vince Treadwell is sent down to solve a murder and catch the elusive and powerful gangster, Jack Regent. In the tangled web of the crime, Vince falls for Jack’s beautiful girlfriend, Bobbie LaVita, and discovers the truth about their own dark pasts. Kiss Me Quick goes behind the headlines of rioting Mods and Rockers, and into the deadly world of a secret Corsican crime organization, a burgeoning drug trade, police corruption, pornography rackets, and the dark side of the music business.

With its elaborate and compelling plot, a cast of deliciously treacherous and vividly drawn characters, this page turning thriller introduces us to the dangerous world of Vince Treadwell.

Kiss Me Quick was shortlisted for the CWA John Creasey (New Blood) Dagger in the Crime Thriller Awards 2011 and was highly commended by the judges.