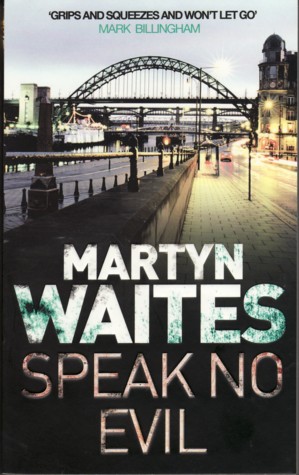 Anne Marie Smeaton is back in the hometown she hasn’t seen for forty years, trying to live a normal life with her partner and teenage son. But that’s impossible for Anne Marie. Because forty years ago, when she was eleven years old, she did something unspeakable. Something so horrifying that society has shunned her ever since.

She’s trying to make peace with her past by telling her story to journalist Joe Donovan. But it’s not that simple. By dredging up memories she usually keeps repressed, Anne Marie is unleashing old nightmares from the past. Suffering from horrifying visions, she sometimes does bad things. Things she has no memory of afterward.

So when a teenager on her housing estate is murdered and she wakes up with blood on her hands, Anne Marie naturally fears the worst. Desperate, she turns to Donovan for help. But Joe might have his own reasons for getting involved. Reasons which have to do with the disappearance of his own son… 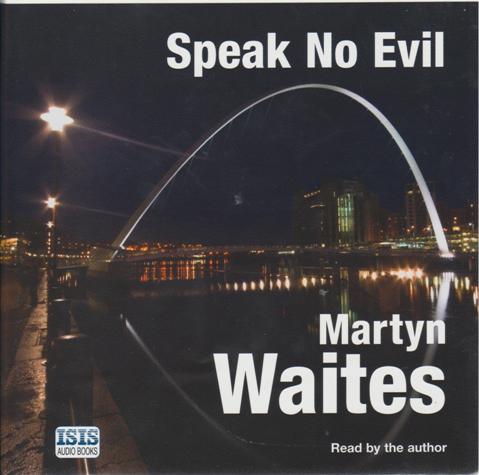 “The violence is graphic enough to authenticate Waites’ reputation for toughness, but the psychologly behind Mae’s pathology is so sound that you may want to grant her a full pardon.” NYT, June 2010

“Waites’s brilliant fourth Joe Donovan thriller (after White Riot) puts him in the same league as such established contemporary noir masters as Ian Rankin, John Harvey, and Denise Mina. When Mae Blacklock was 11, she strangled a boy to death in a fit of rage. The story, which made for lurid tabloid fodder, became a common reference point in Britain for juvenile homicide. Forty years later, Mae, now Anne Marie Smeaton, asks Newcastle PI and former journalist Joe Donovan to work with her on a tell-all memoir. Waites alternates between Anne Marie’s interview sessions and an increasingly bizarre series of crimes, in which first one and then two children in nearby communities are murdered. Donovan’s investigative team gradually uncovers a pattern of child killings over the years that appears to follow Smeaton’s frequent moves. Donovan’s continued search for his son, who disappeared six years earlier, at age six, raises the emotional stakes in this searing crime novel.” PW, June

“Hard-hitting contemporary British crime featuring investigative journalist Joe Donovan. Waites is got on the heels of Mark Bellingham and Simon Kernick in the mystery young guns stakes.”  The Bookseller

“Crime writers are divided between those who strive to recreate the realities of crime and those whose only purpose is to entertain, either through bucket-of-blood melodrama or the repair of a little gentle mayhem in the country. Martyn Waites is one of the realist”

“Martyn Waites excels at sympathetic but accurate portrayals of people on the very edges of society…Waites’s writing, forceful and unsentimental, ensures that Speak No Evil, which easily could have been an arid shocker, is a story with heart, guts and above all humanity.”   Laura Wilson, The Guardian

‘‘the book is a thriller in every sense, and a real page turner.’’ Michelle Peckham, Eurocrime

“Martyn Waites is a rarity – a fiction author who is also a splendid narrator! … Waites delivers all the tension and emotion of the story as well as a strong sense of the place.”  AudioFile 2009

“In SPEAK NO EVIL, Martyn Waites achieves more than the usual gritty urban noir, not only juggling various plot lines adeptly, but dealing with challenging themes such as the cycle of abuse and child murder and providing convincing characterisations of the vulnerable Anne-Marie, her son, and the other local teenagers. It is clear that the real-life experience of the author, working with young offenders and social excluded teenagers has informed his work. The switch between various points of view works well in speeding the story and plot along.” Laura Root, EuroCrime