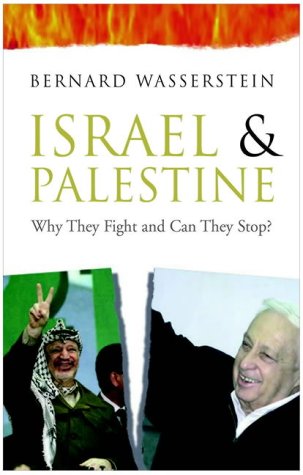 This is a new interpretation of the historical and contemporary realities of the Israeli-Palestinian conflict. Bernard Wasserstein challenges the conventional view of the struggle as driven primarily by irrational, nationalist and religious ideologies. Instead he focuses on hitherto relatively neglected dimensions – population, land, labour, and the social dynamics of political change.

He maintains that Israelis and Palestinians live today in ‘Siamese twin societies’. However much they may wish to, neither side can escape the impinging presence and influence of the other.

In spite of the current diplomatic impasse and continuing bloodshed and hate-mongering, Wasserstein offers a realistic and persuasive basis for optimism. He argues that demographic, economic and social imperatives are driving the two sides willy-nilly towards some form of symbiosis and accommodation.

This startlingly original view of relations between Jews and Arabs in Palestine and Israel over the past century offers hope for the success of current efforts towards peace in the Middle East.