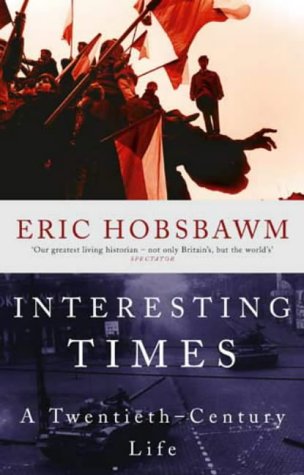 ‘May you live in interesting times’ is one of the more sinister of Chinese curses and that is exactly what Eric Hobsbawm did. Born in Alexandria he grew up in Vienna until the death of both his parents caused him to be sent to live with an uncle in Berlin and so he saw throughout his adolescence the events of the 1930s unfolding. He joined the Communist Party and worked for it throughout the Second World War and for many years after. Here are his memoirs.

Eric Hobsbawm was one of our most distinguished and provocative historians. His reflections upon his interesting times are fresh and startling.