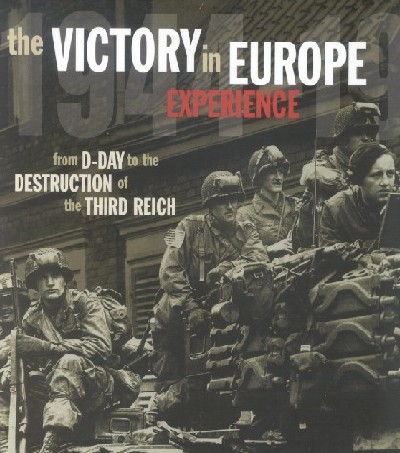 From June 1944 to May 1945 this epic campaign encompassed many of the most famous battles and events of the Second World War, from D-Day, Arnhem, the Battle of the Bulge and the capture of the bridge at Remagen, to the taking of Hitler’s Eagle’s nest, the shocking discovery of the concentration camps, the final unconditional surrender of Nazi Germany and Victory in Europe Day.

THE VICTORY IN EUROPE EXPERIENCE contains over 30 facsimile items of rare memorabilia integrated into the pages of the book.  You can relive this momentous period of history by holding and examining maps, diaries, letters, top-secret documents, booklets, propaganda leaflets and posters which up until now have remained filed or exhibited in the Imperial War Museum and other collections around the world.  Many of these items are newly researched and previously unpublished.