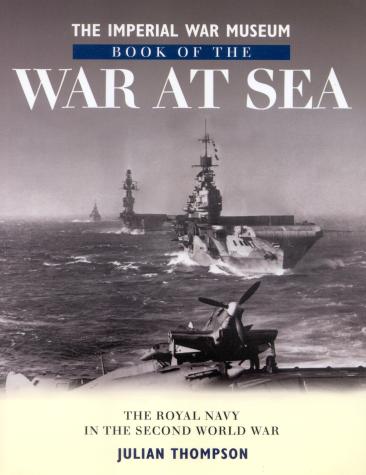 Imperial War Museum Book of the War at Sea

The men of the Royal Navy in the Second World War showed the same fighting spirit as their forebears, including a willingness to close with the enemy whatever the odds. By their seamanship, guts, and ability to come back fighting time and time again they were able to overcome adversity. This is their story.This book is part of an acclaimed series published in cooperation with the Imperial War Museum. They provide the authentic voice of the combatant in great dramas of British military history, and contain mainly unpublished material, textual, visual, and oral, from the immense archives of the museum.
The Imperial War Museum Book of the War at Sea is the story of nearly six years of war at sea during the Second World War, as seen by British sailors, from ordinary seamen to admirals, in their memoirs, diaries, letters and taped interviews. It is illustrated by over a hundred photographs and twenty colour photographs.