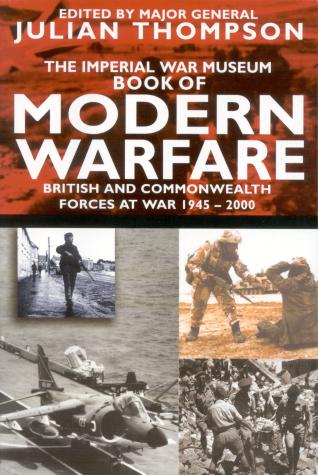 Since 1945 not a single year has passed without British troops being in action somewhere in the world. Yet despite this remarkable record, The Imperial War Museum Book of Modern Warfare is the first book to cover the whole of this important period in British and Commonwealth military history.From the almost unknown campaign in Java and Sumatra in 1945-7 which saw British troops operating alongside their recent enemies, the Japanese, to Bosnia and Kosovo in the closing years of the twentieth century, fifteen major conflicts are covered. Each is described by a contributor who either served in the campaign, saw it first-hand as a journalist or is an acknowledged expert on it.
With chapters by Major General Julian Thompson on the Falklands, Air Marshal Ian Macfadyen on the Gulf War, Michael Dewar on Northern Ireland, and many others, this unique anthology is illustrated with new photographs from the authors’ personal collections as well as from the archive of the Imperial War Museum. Authoritative and readable, The Imperial War Museum Book of Modern Warfare is an essential addition to the military canon.