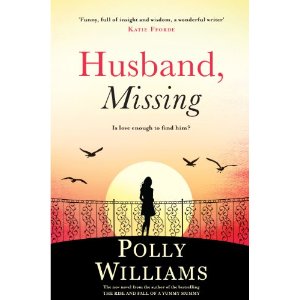 The number you are calling is unavailable. Please try again later.

Gina has only been married six months when her husband Rex goes on holiday to Spain and vanishes without a trace, tipping her dream new marriage into nightmare. As a frantic search gets nowhere, Gina is adamant that he’s alive and vows never to give up hope. Speculation is rife: he’s drowned at sea, lost his memory…or just walked away. Troubling stories start to emerge about Rex’s past that are hard to square with the man she married. How well does she really know her handsome, charismatic husband? They’d fallen in love so quickly, so passionately, that the past had seemed barely relevant to either of them. Now an explosive secret threatens to rewrite the story of their love affair. As the mystery of Rex’s whereabouts deepens, Gina begins to wonder whether you only ever truly know the person you love once they’ve gone.