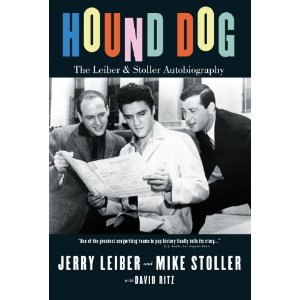 Jerry Leiber and Mike Stoller shaped the rock and roll era this is their story in their own words.

In 1950 a couple of rhythm and blues-loving teenagers named Jerry Leiber and Mike Stoller met for the first time. Leiber was looking for someone to help compose music for lyrics he’d written, and a friend recommended a piano player named Mike Stoller. They discovered their mutual affection for R&B, and, as Jerry and Mike put it in this fascinating autobiography, it was the beginning of an argument that has been going on for more than fifty years with no resolution in sight.

With the assistance of David Ritz, they describe what it was like when Elvis was a fresh new face and when two young guys with tons of talent and an insatiable love of good old American R&B could create the soundtrack for a generation and have a great time doing it.