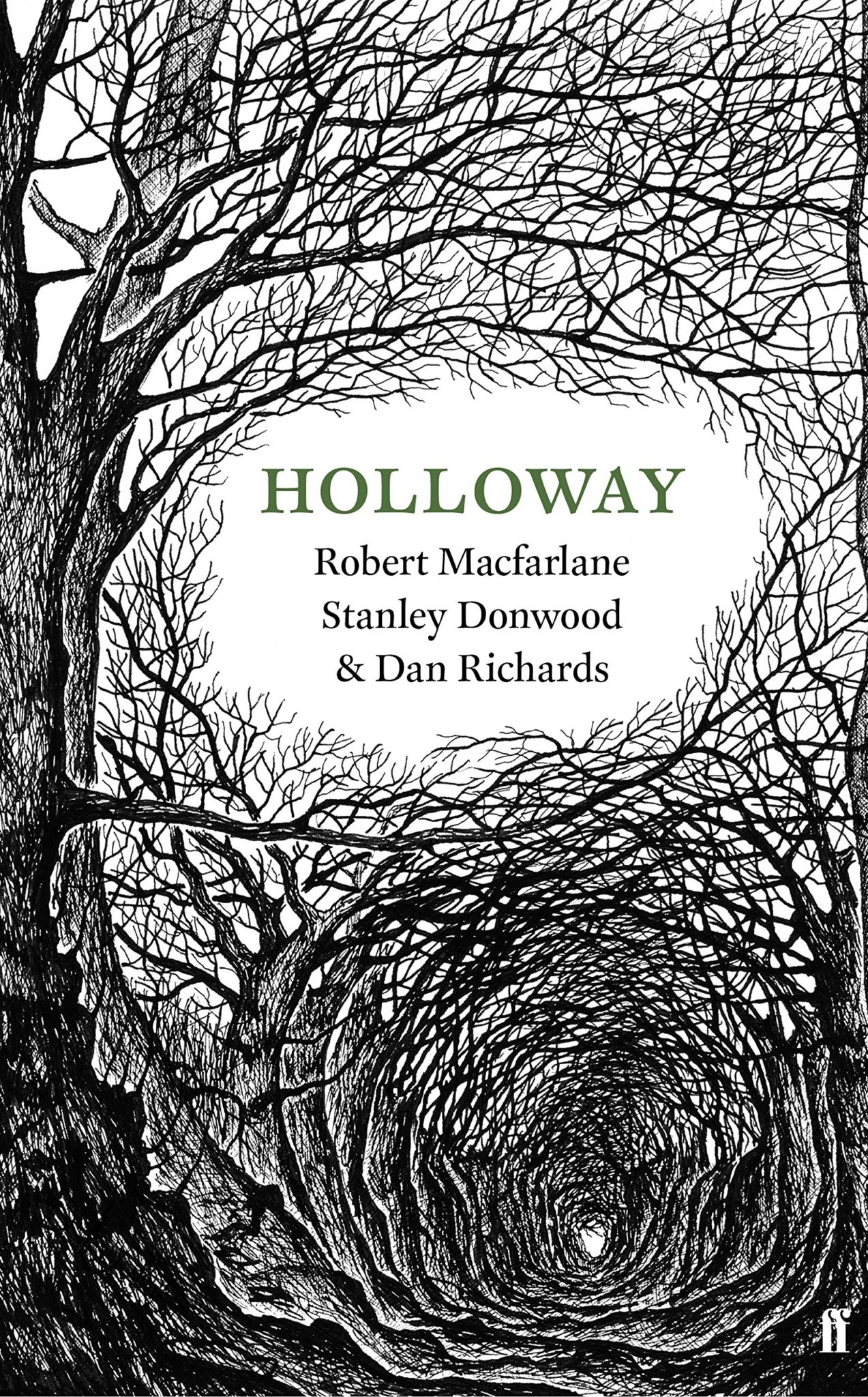 Holloway – a hollow way, a sunken path. A route that centuries of foot-fall, hoof-hit, wheel-roll and rain-run have harrowed deep down into bedrock. In July 2005, Robert Macfarlane and Roger Deakin – author of Wildwood – travelled to explore the holloways of South Dorset’s sandstone. They found their way into a landscape of shadows, spectres & great strangeness. Six years later, after Roger Deakin’s early death, Robert Macfarlane returned to the holloway with the artist Stanley Donwood and writer Dan Richards. The book is about those journeys and that landscape.