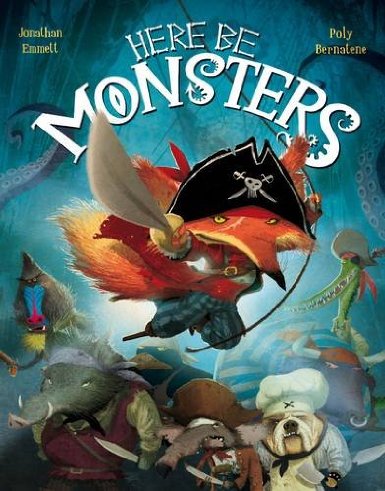 Fearless pirate, Captain Cut-Throat, doesn’t believe in monsters. When he and his dastardly crew set sail for a treasure island, they must first pass through THE MIST and as legend tells it, THERE BE MONSTERS IN THE MIST! But as the Captain says, monsters simply don’t exist. But then who or what is gobbling up the Crew? A thrilling, swashbuckling, pirate adventure from the award-winning creators of THE PRINCESS AND THE PIG and THE SANTA TRAP.