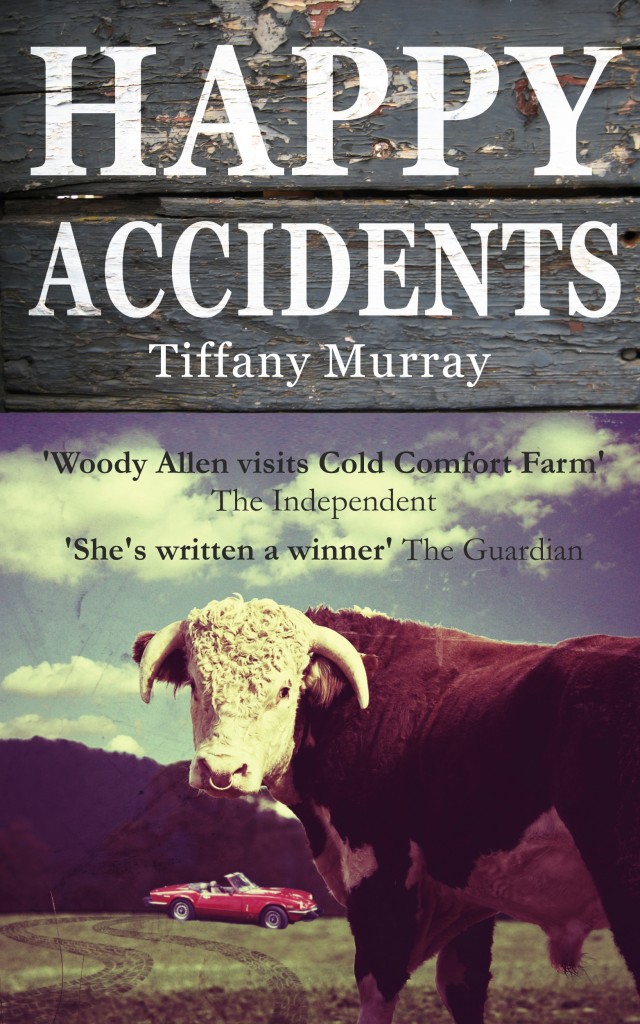 Kate Happy’s favourite books are Jane Eyre and ‘Salem’s Lot, because they’re English and American and so is she. It’s the early eighties and Kate is being brought up by her grandparents on their huge sprawling farm, somewhere between England and Wales.

Gran has been homesick for Coney Island for thirty-eight years, hating her husband but determinedly donning her best pink Chanel suit and high heels to step out into the muck-splattered farmyard. Grandpa himself is bonkers, an ex-naval Captain who wanders round the house shouting sea-faring commands. Mum’s gone AWOL since she ran over Kate’s dad in her soft-top Triumph Spitfire. And are those really Dad’s ashes in a Hellmann’s mayonnaise jar in the attic?

This is not a pastoral and isolated rural Britain. This is a time of The Specials; Friday The 13th, and the riots to come.

Crackling with the darkest of dark humour, brimming with dead family members, crazy ancestors and closely guarded secrets, Happy Accidents is a wonderful first novel that confirms Tiffany Murray as a rising star of British fiction.

Singled out by Boyd Tonkin as one of The Independent’s top ten distinctive novels of the autumn: “Woody Allen visits Cold Comfort Farm in this black comedy of an Anglo-American rural childhood”

Read an interview with Tiffany Murray at www.readinggroups.co.uk

Praise for Happy Accidents
‘…witty, romantic and irreverent…Inventive, funny and affecting, this is a story that is powerful without being mawkish’ – Daily Mail

‘Along with her whip-cracking dialogue, it is quirky images that are Murray’s forte’ – Observer