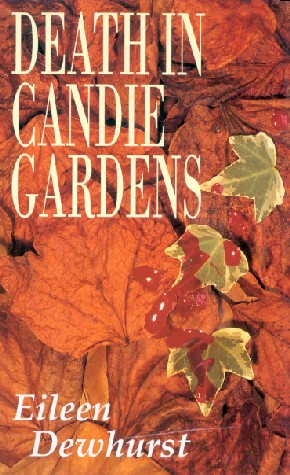 Charles De Garde is a man who doesn’t have a care in the world. Partner in a prestigious Guernsey law firm, highly respected in the local community, a contented marriage to a wife who happily tolerates his string of affairs – what more could he ask for? But he makes the mistake of believing himself to be impervious to danger. A mugger is at loose on the island, and when Charles one night defies his wife’s warnings and goes for his usual stroll in idyllic Candie Gardens, it turns out to be his last. At first it appears that Charles De Garde has been yet another hapless victim of a criminal who has finally resorted to violence – with fatal consequences. But Charles’s body has not been robbed. And when the mugger comes forward with an unbreakable alibi, it is left to Detective Inspector Tim Le Page to face the unwelcome fact that his cousin Charles may have had an enemy. A jealous husband, a spurned mistress, and, in particular, Joly Duguy, son of a wartime collaborator, who bitterly resents De Garde’s persecution of his father – any one of these might have hated Charles enough to want him dead. But it is not until a second death in Candie Gardens that Le Page begins to make his way towards the final, terrible truth.