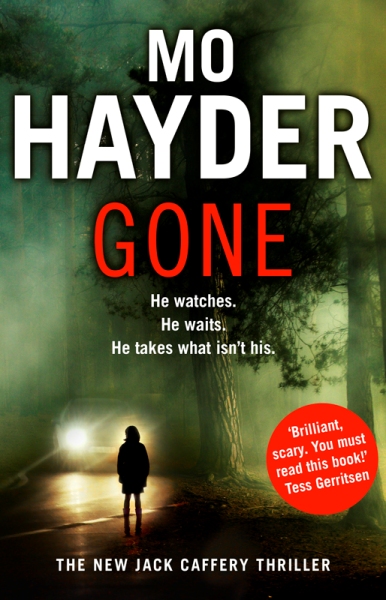 Night is falling in the West Country as murder detective Jack Caffery arrives to interview the distraught victim of a car-jacking.

What he hears horrifies him. The car was taken by force, and on the back seat was a passenger. An eleven-year-old girl.

Who is still missing.

Before long the jacker starts to communicate with the police. And Caffery becomes certain that he is planning to take another car. And another child. Who is the car – jacker? How is he choosing his targets? And – most urgent of all – can Caffery find where the child has been hidden?

Before it’s too late… 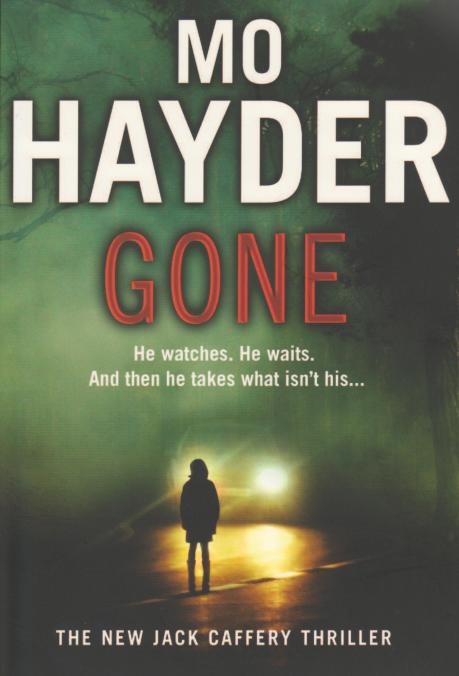 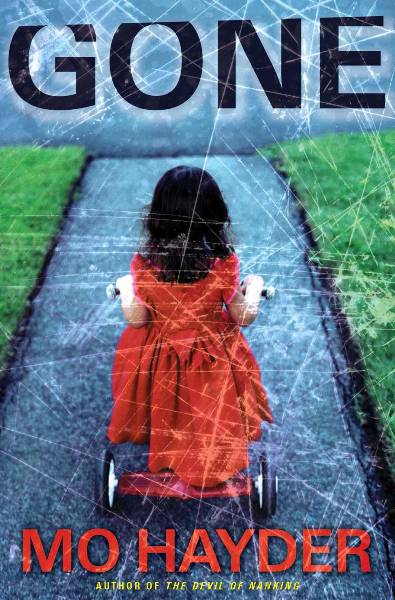 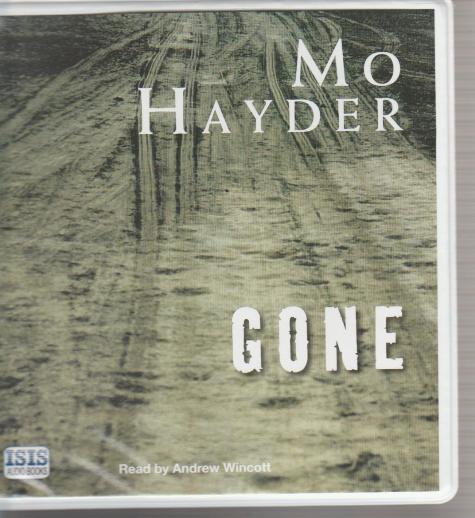 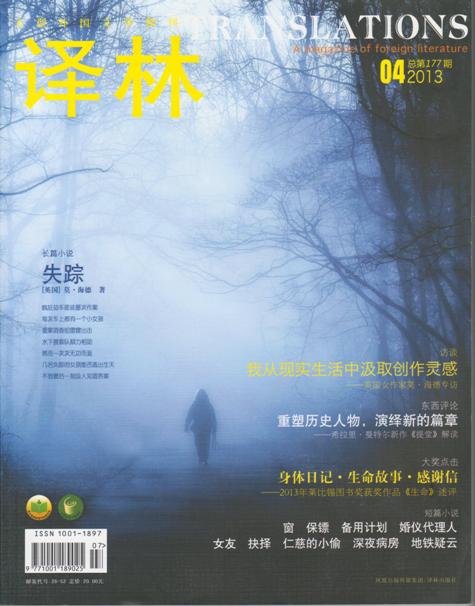 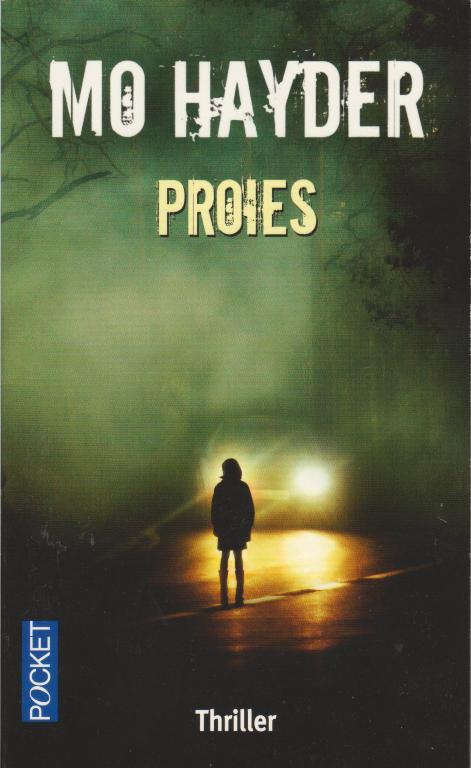 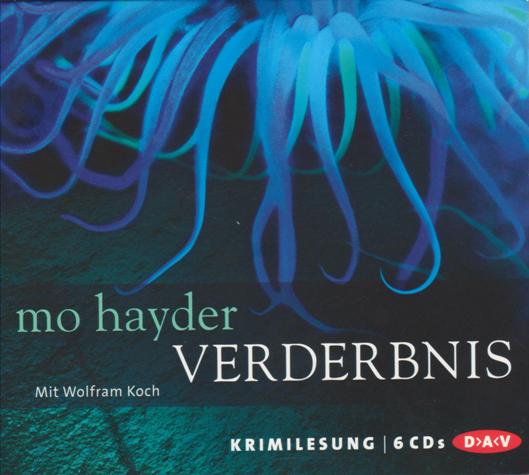 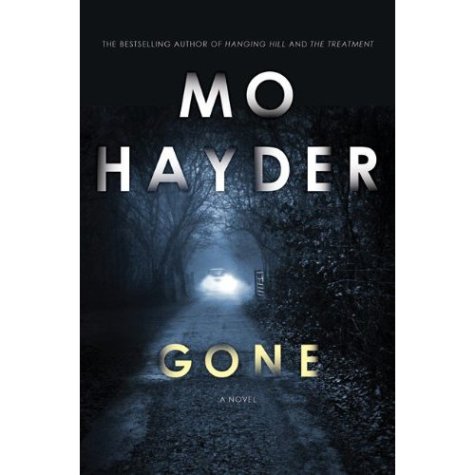 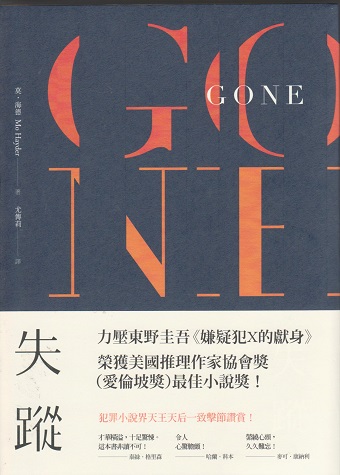 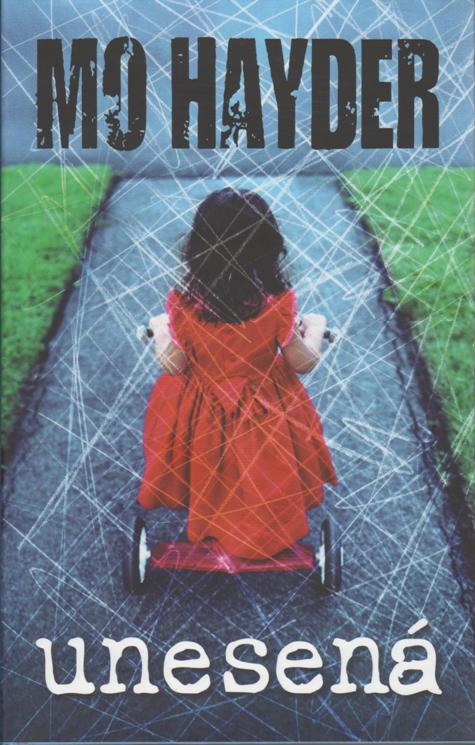 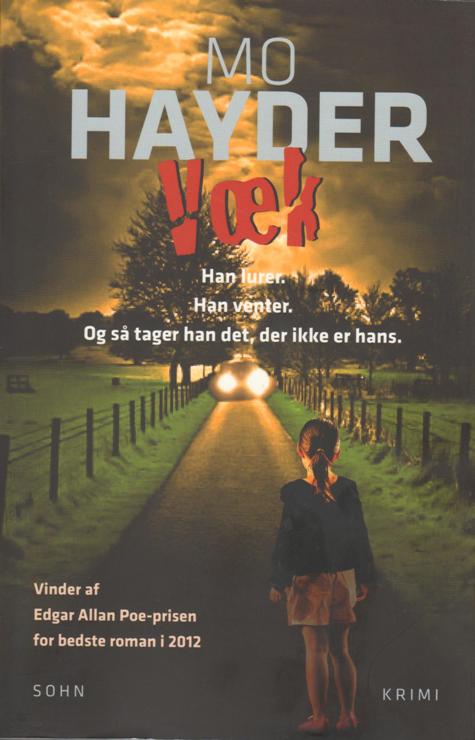 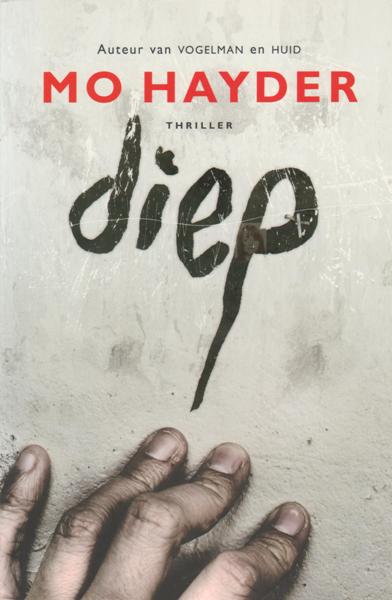 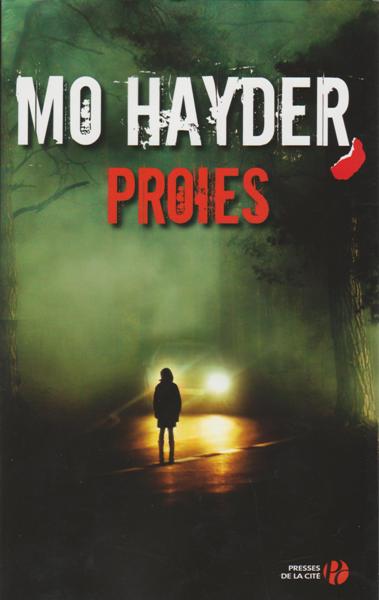 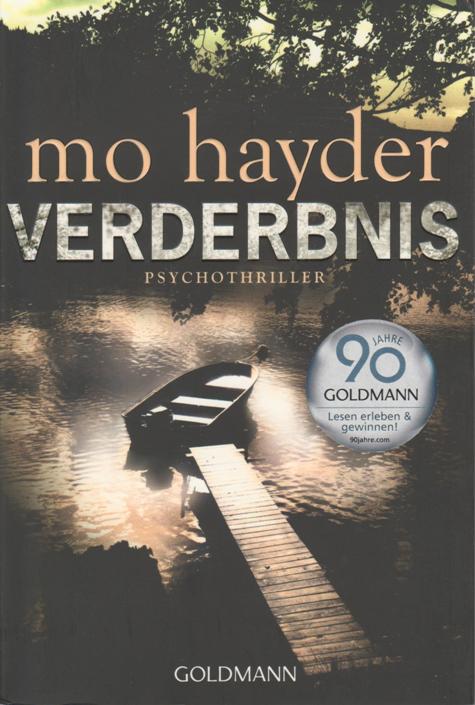 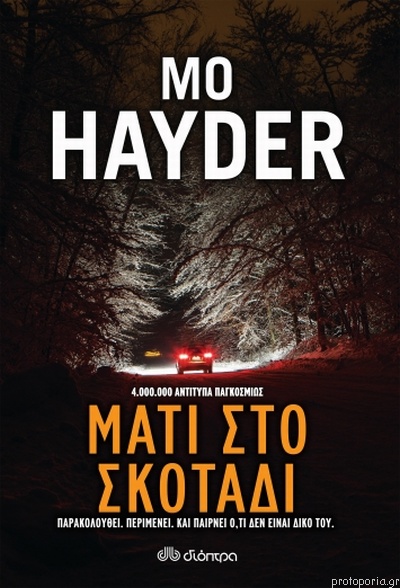 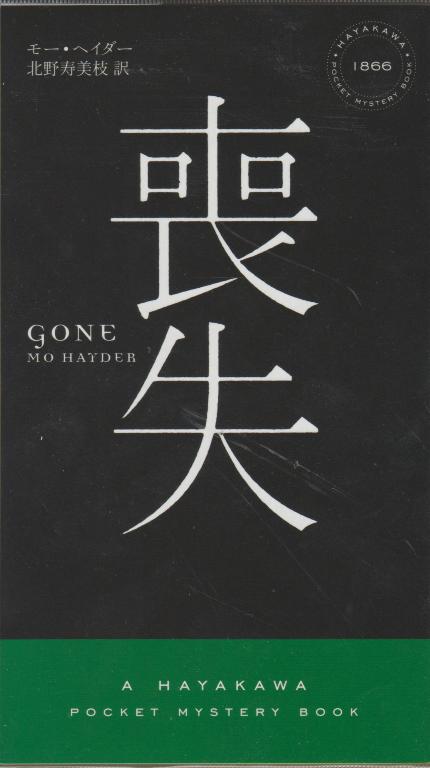 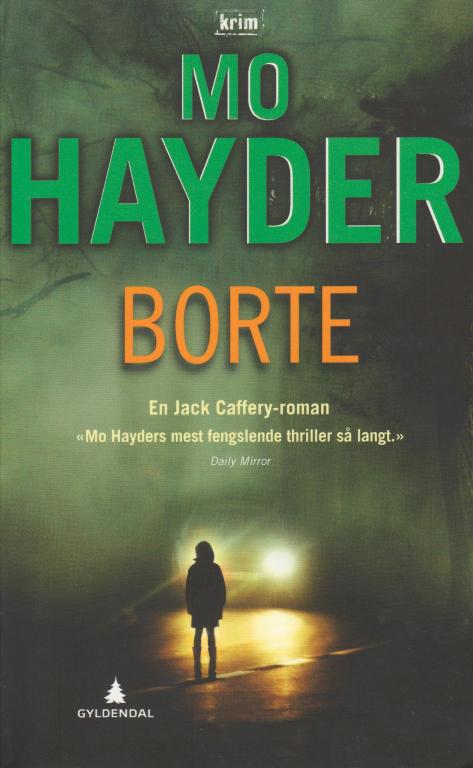 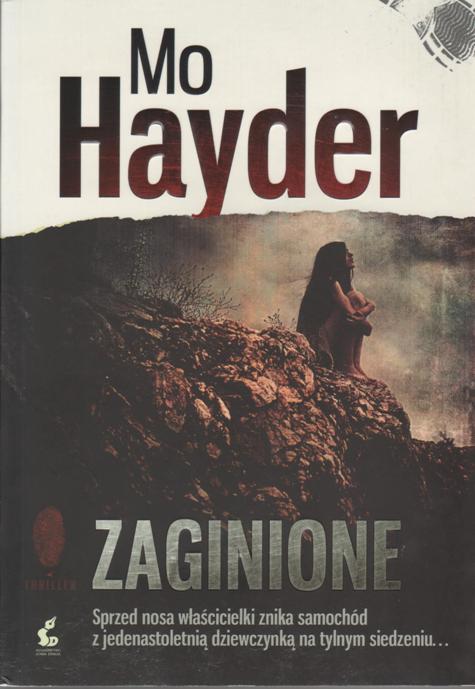 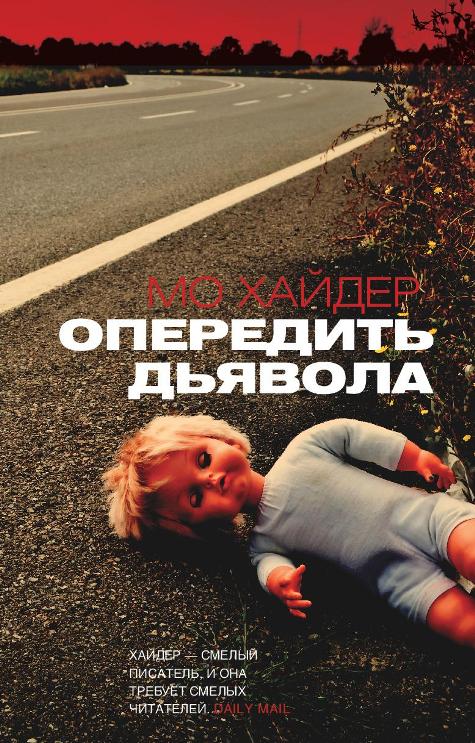 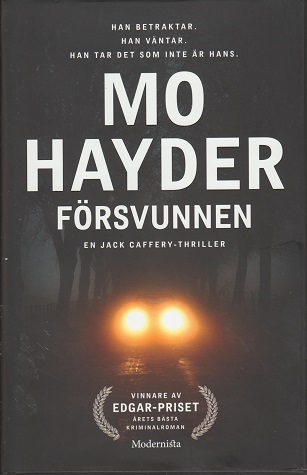 “Where she differs from her peers is her almost outlandish imagination. Hayder pushes the boundaries of what’s been said and written before… Brilliantly perceptive portrayals of the victims and very clever, sympathetic plotting, not to mention an acute capturing of police procedure – Gone is Mo Hayder’s most compulsive thriller yet.” Daily Mirror, Feb 2010

“Anyone who enjoys intelligent, well-crafted plots and efficient, glowing writing will enjoy Mo Hayder.  This is the fifth book in the Jack Caffery series and could well be the best. Mo Hayder raises the bar high when it comes to crime fiction and she’s done it again with this clever, stomach-churning, fast-paced, top-notch thriller.” Angela Cooke, Sunday Express, Feb 2010

“Mo Hayder is not a woman to be trifled with. Her haute couture look belies her lacerating prose … She jolted the often-sedate world of police-procedural fiction with an unabashed readiness to gaze at the Gorgon of human behaviour; and detail it while pulling no punches” The Independent, Feb 2010

“Mo Hayder’s speciality, from her bleak and brilliant debut Birdman on, has been a particularly potent blend of terror and horror to create a suspense that not only grips her readers by the scruff of the neck but takes a firm hold on their intestines, too … Child kidnapping is an easy way to grab hold of our emotions and Hayder does it well, but she also subtly manages to make a mockery of our own – and Caffery’s – predictability. Are things what they seem because that is what we expect?” The Times, Feb 2010

“It’s a Jack Caffrey one and absolutely brilliant, unputdownable, grippin – all that it should be and more. She really does just seem to get better and better.” The Bookseller, July 2010

“With her latest, GONE, Mo Hayder takes you to the edge, then pushes you over in a heart-pounding rush of a story that will leave you battered and bruised, and wanting more.” Chevy Stevens (New York Times bestselling author of STILL MISSING),

“First-rate mystery that takes full advantage of the wintry, moonlit West Country and the unusual skills of its lady diver” Kirkus

“The meticulously crafted plot is heightened by Hayder’s skilful evocation of mood as she summons the specter of a highly intelligent criminal who is taking great satisfaction from every parent’s worst nightmare. A captivating thriller. Hayder has been threatening to vault from cult favorite to mainstream smash for a few books now, and this one – aided by a full-dress marketing campaign – may be the one to make jump.” Joanne Wilkinson, Booklist

“This is the third (following Ritual and Skin) in the Caffery-Marley series and—to my mind —the best. Hayder keeps getting better, leaving the supernatural references behind and turning up the tension dial. Who is carjacking and kidnapping young girls? How does the villian stay steps ahead of the police? What is his motive? These questions drive the narrative, which layers the investigation with the complex personal lives of Caffery and Marley, as well as the parents of the victims. This is an incredibly gripping story that makes one snatch any opportunity to read even a page or two and to stay up late to reach the satisfying conclusion.”  Joe Strebel, Anderson’s Bookshop, Naperville, IL

“Hayder tightens the strings of family anguish and cop angst to the breaking point in an artfully paced thriller.” Winnipeg Free Press, March 2011

“Gone is great crime fiction: all is not what it seems, and human frailties inevitably surface no matter how hard we try to hide them.” The Montreal Gazette, March 2011

“GONE is another entry in Hayder’s series about the rough-hewn crew of police detectives who work in the Major Crime Investigation Unit of Bristol, England.

At the opening of this story, Detective Inspector Jack Caffery has been summoned to an underground car park where, earlier that afternoon, a carjacking had taken place…Apart from those scattered groceries, Rose’s 11-year-old daughter, Martha, was in the backseat…What ensues is a ghoulish – and increasingly elaborate – game of wits between the police and the kidnapper. In addition to the creepy intellectual satisfactions of Hayder’s plot, the setting here is agreeably terrifying…It’s a tribute to Hayder’s powers as a suspense writer that she completely turns the over-familiar premise of this novel inside out and upside down. The more pages of GONE that we captivated readers turn, the farther away we get from cliched thriller conventions.” Maureen Corrigan, The Washington Post, Feb 2011.